We have a problem: what is the problem with the cover? Forty years of Waterloo Records, and a look back at the Waterloo sticker cut-up craze – Columns

April 7, 2022Written by Catherine A. Rondeau

Listen, anyone can put a Waterloo Records sticker on their bumper, guitar case, laptop. Many people have done it and still do it; after all, the record store is celebrating 40 years in business, which is why current and former editors Kevin Curtin and Raoul Hernandez have prepared this week’s tribute to Waterloo, featuring memorabilia from musicians, politicians and former employees.

But for a time in Austin’s history, Waterloo’s iconic blue-and-white decal (as well as garage rockers Titty Bingo’s neon-lettered one) was obsessively cut and rearranged to create new words and sentences. (For a few examples, see the 2010 Blogspot Stickerloo, in which the author recalls his own palindromic masterpiece: “Sit on a pot of potatoes, otis”.) I wish I could identify the time more exactly than fair, I don’t know, the Augties? Let’s just say it was a thing, until it wasn’t. And it was really a magnificent thing: an explosion of self-expression – sometimes puny, often childish – and a kind of city-wide joke. A real cut.

Speaking of self-expression! If you’ve ever wanted to see your name printed, here’s one way (three steps) to get to those pages.

1) Vote in the Austin Chronicle “The Best of Austin” Reader’s Poll.

2) Leave a comment for who you are voting for, a concise testimonial explaining why this particular [insert: plumber, art gallery, improv troupe, podcast, playground …] is the best in Austin.

3) Make sure your comment is so witty, charming, and/or heartfelt that I can’t help but select it for publication in the May 20 “Best of Austin” issue. (Yeah, I read all the comments.)

Go to vote.austinchronicle.com to get started. End of votes Monday, April 18, midnight.

Indoor Creature’s Cash Grab: The new video for the local six-piece’s “American Dream” follows a $100 bill on its strange path.

Day trips and beyond travel: Columnist Gerald E. McLeod sums up the best things to do in the state in April, including a trip to historic Presidio La Bahia and four scenic drives that may or may not involve bluebonnets.

Not just for kids: Richard Linklater pushes cartoon preconceptions and tells us what he cut Apollo 10½. 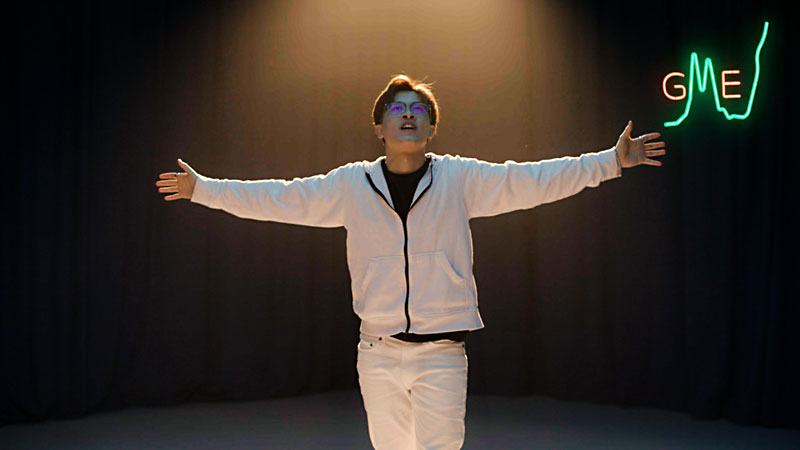 Diamond Hands: The Legend of WallStreetBets

The ‘S’ in STEM stands for ‘Sport’: Richard Whittaker talks with Gillian Jacobs about her new robotics competition documentary More than robots.