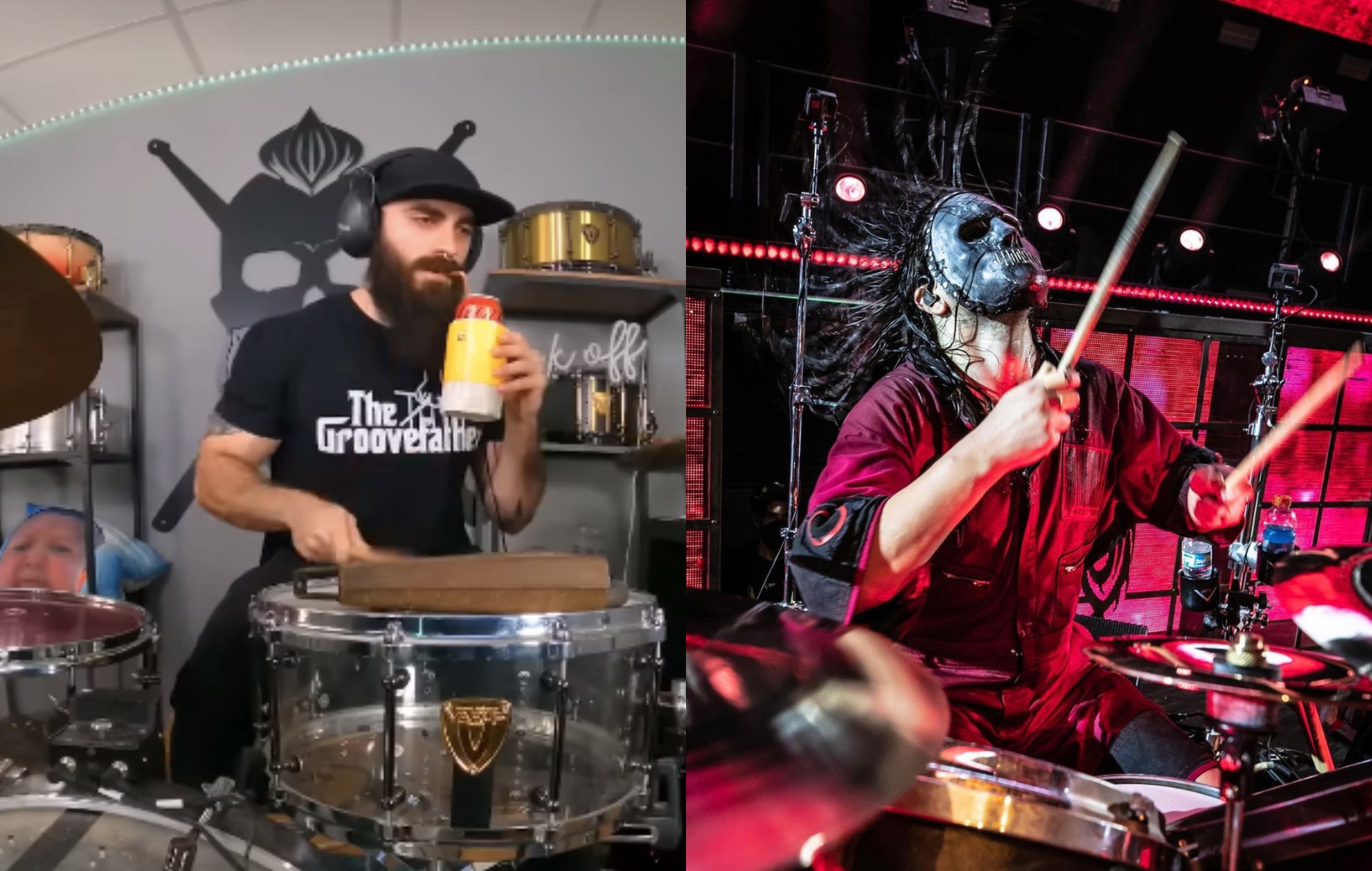 TikTok drumming sensation El Estepario Siberiano shared a flawless drum cover of Slipknot’s “Eyeless,” while holding a can of soda in one hand.

Siberiano posted the video to his TikTok and YouTube accounts earlier this week. Responding to a challenge that read “Play ‘Eyeless’ by Slipknot with ONE HAND if you’re a man,” Siberanio replied, “Now that request right there is crazy talk, son. But I’m 99% sure that it can be done, so let’s find out.

While several snare hits from the original track were omitted to meet Siberanio’s challenge, he continued to play the track seemingly effortlessly, while sipping on a can of Coca-Cola No Sugar.

Watch the cover below.

Reply to @ribsbely That looks like it! #foryou #xyzbca #fypシ #drums #epic

Earlier this year, seven-year-old drummer Caleb Hayes performed a cover of the band’s “Sulfur” on Ellen. For his stunning performance, he offered a signature trap from Slipknot’s Jay Weinberg, as well as praise from the internet.

Slipknot recently completed their spring and summer legs of the Knotfest Roadshow Tour, which saw them perform 40 shows over 63 days. Last week, the nine-member metal band Iowan announced a series of tour dates across the United States for the fall, announcing that “these will be the last tour dates in the United States for a while. as we expand the tour to our family around the world.”

Late last month, Slipknot’s Knotfest announced the first Pulse Of The Maggots Fest for the UK. The festival – performed by UK band Sylosis – is set to take place at The Mill in Birmingham on August 10. Tickets are on sale now and can be found here.

Slipknot frontman Corey Taylor recently revealed that the band have completed work on their new “killer” record, which will follow 2019’s “We Are Not Your Kind.” A release date is not yet known, although that Taylor teased that new music would be coming “very soon”.