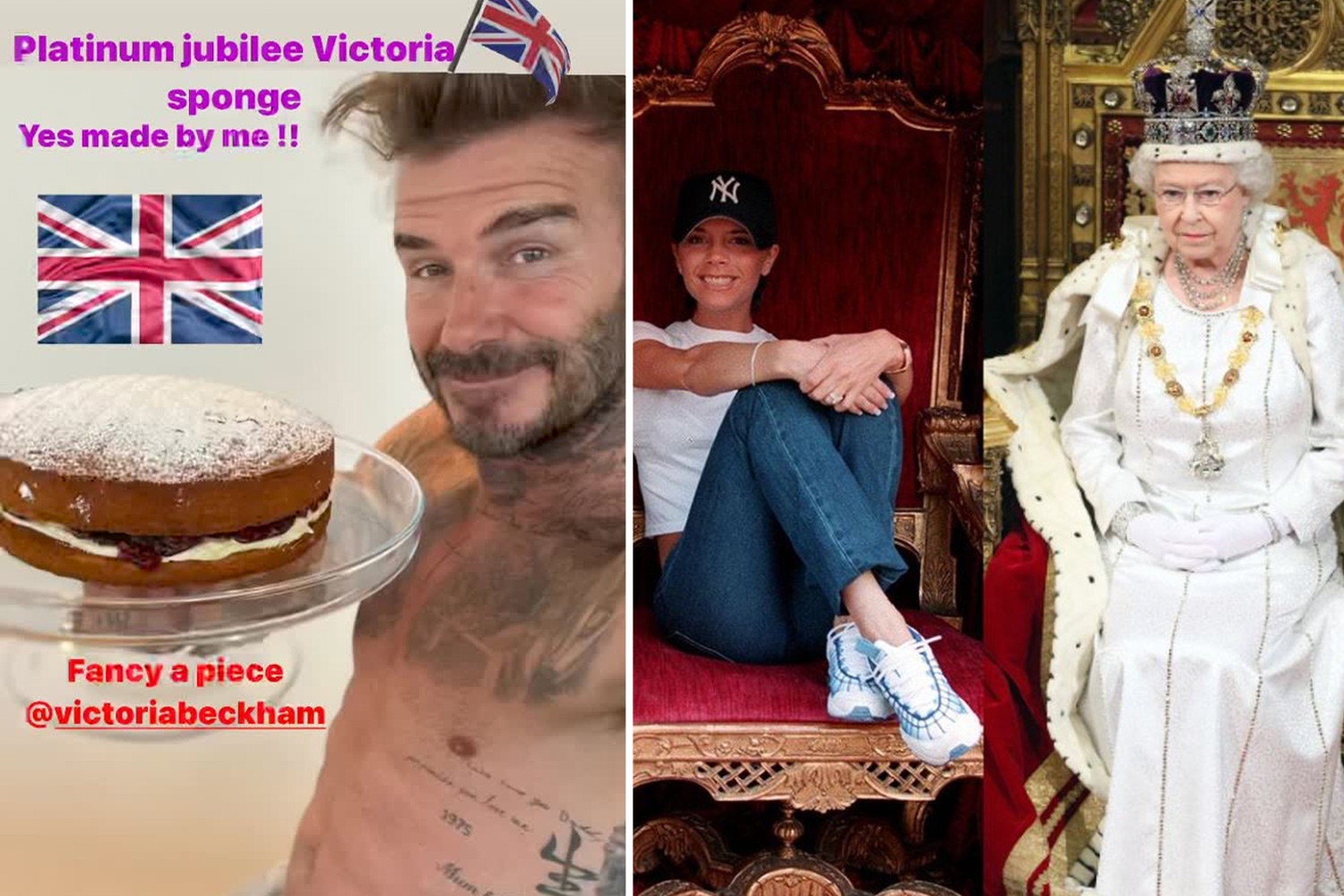 VICTORIA Beckham pays tribute to the Queen’s 70-year reign and for being “an inspiration” in hilarious snaps.

The mother-of-four took to Instagram on Saturday to celebrate the Platinum Jubilee and pay tribute to the Queen in a series of photos.

Each image showed her mirroring something the Queen had done.

The 47-year-old shared moments of herself sitting on a throne, drinking tea, wearing a similar scarf, on a computer, with a glass of wine, with her dog and in a car doing a royal wave.

Alongside her series of snaps, she wrote, “70 years of inspiration to so many! Including me, of course!

“Congratulations to Her Majesty The Queen on Platinum Jubilee, what an achievement ❤️❤️🇬🇧.”

Fans rushed to comment on the post, with one saying, “Two icons and two queens in their own right.”

A third writes: “Love your sense of humor!”

Meanwhile, her husband David Beckham showed off his baking skills on occasion.

The former football idol took to his Instagram Stories to show off his Victoria Sponge cake which he made topless.

David paid tribute to the monarch with a series of photos from his life and included an image of him meeting the Queen on Thursday.

David chose photos ranging from when Queen Elizabeth was a baby to the past seven decades.

The last photo in the post showed David shaking hands with the Queen at Buckingham Palace.

“Today we celebrate our Queen’s Platinum Jubilee. 70 years of inspiring service and leadership to our country,” he captioned the post.

“Let us come together and commemorate his remarkable reign with a great British celebration over the next few days 🇬🇧🇬🇧 ❤️❤️.”

We pay for your stories!

Do you have a story for The Sun Showbiz team?