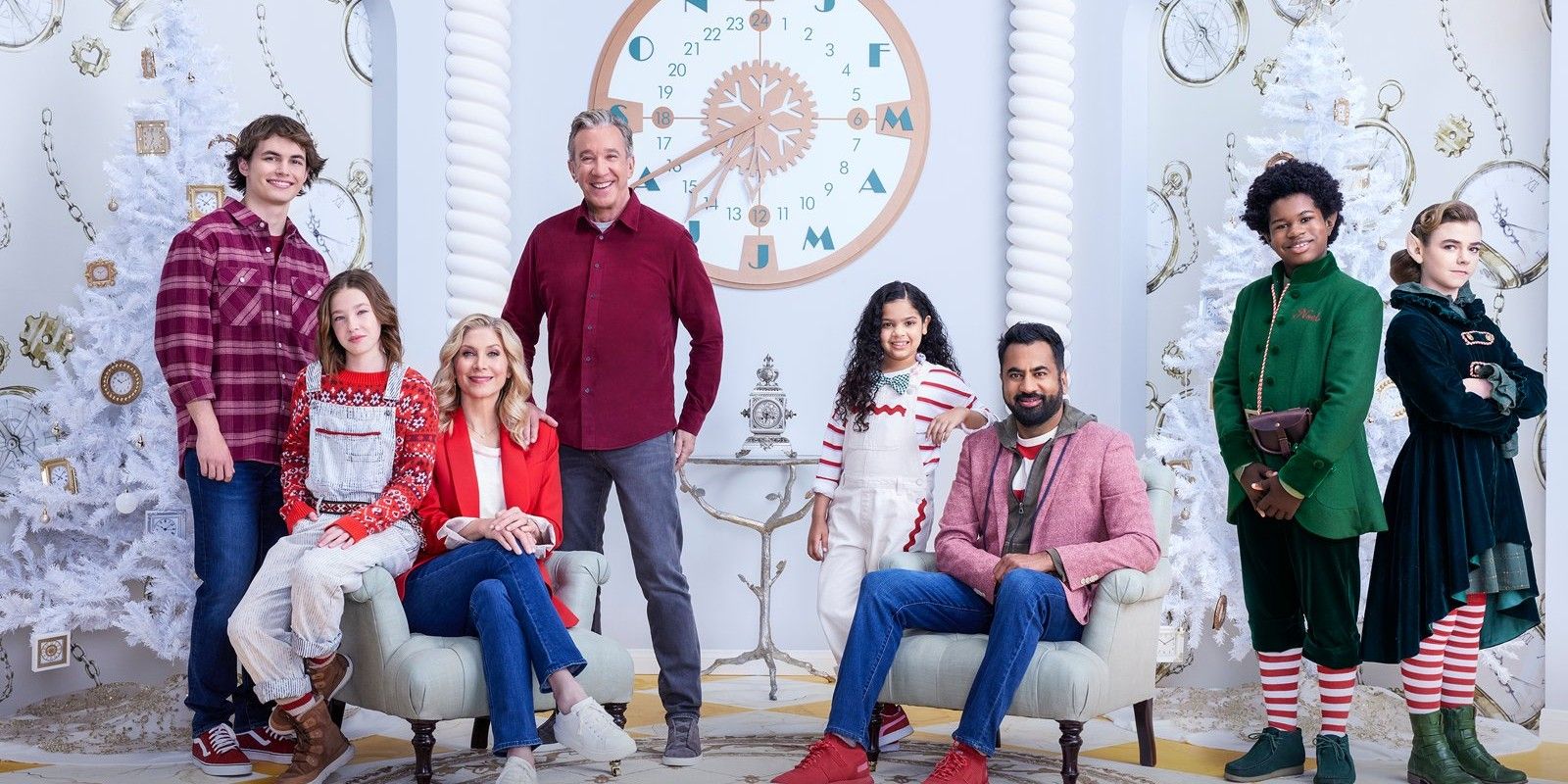 Disney+ releases the first image from The Santa Clauses, its upcoming sequel series to the beloved holiday franchise featuring a returning Tim Allen.

Disney+ releases first look at Tim Allen reprising his role as Santa in the new limited series Santa Clauses. First released in 1994, Santa starred Allen as somewhat grumpy toy salesman Scott Calvin, who accidentally knocks Santa off his roof and is forced back to work. Santa was a critical and box office success, and it spawned two sequels in 2002 and 2006 that received more mixed reviews. Even so, the entire trilogy, especially the first film, has become an annual Christmas tradition for many homes.

Santa was Allen’s first starring role in a film and remains one of his most beloved parts. Because of this, Disney announced earlier this year that Allen would return to the vacation franchise for a new Disney+ series. Title Santa Clauses, the show will follow Allen’s Scott as he searches for a suitable replacement to take over Santa’s job. He’s getting older and can’t be Santa Claus forever, and he wants his children to experience life outside the North Pole. Santa Clauses will also see the return of Elizabeth Mitchell, who played Mrs. Claus in both sequels. Kal Penn is also boarding the franchise as new character Simon Choksi.

Related: Tim Allen’s Return Of Santa Claus Is Better Than Getting Buzz In Lightyear Heard

Now, Disney+ released the first image for the Santa Claus series of limited suites. Revealed on social networks, the image highlights the cast of Santa Clauses, giving fans their first look at Allen’s character. Mitchell and Penn are by his side, as are Austin Kane and Elizabeth Allen-Dick – who also happens to be Allen’s real daughter – as the Claus children. Also featured in the picture are Rupaldi Redd (Grace, Simon’s daughter), Devin Bright (Santa’s right-hand elf Noel), and Matilda Lawler (Betty, Santa’s chief of staff). Check Santa Claus picture below.

While the release date of Santa Clauses is still unknown, it seems very likely that Disney+ will aim to launch the series around the holidays. The first image of the show documents the progression of Santa Clauses thus, hinting that it is very far along in its production process (if not already finished). It gives fans something concrete to get excited about and an early look at some of the characters’ interactions with each other. With the return of Allen and Mitchell, the spirit and charm of the original Santa Claus movies could be replicated, and that’s great news.

With Allen’s recent twist not reprising his role as Buzz Lightyear in Pixar’s Light year, it’s especially exciting that he’s working with Disney on this new series. Revisiting the Christmas classic years later is an interesting development in Santa franchise; it will be exciting to see how the characters have changed and grown in the years since audiences last saw them. A series like this, if it does well, also opens the door for other holiday favorites to possibly continue their stories. In other words, the future looks bright for anyone looking for holiday cheer later this year.

Next: Why Pixar Recast Tim Allen For The Buzz Lightyear Movie

Amanda Harman is a freshly graduated freelance writer. She loves movies and movie trivia, and she looks forward to continuing to learn and explore that world by working with Screen Rant. Having recently moved from Colorado to Kansas, Amanda is excited to see where this next chapter of her life will take her.