The truth about flying with kids 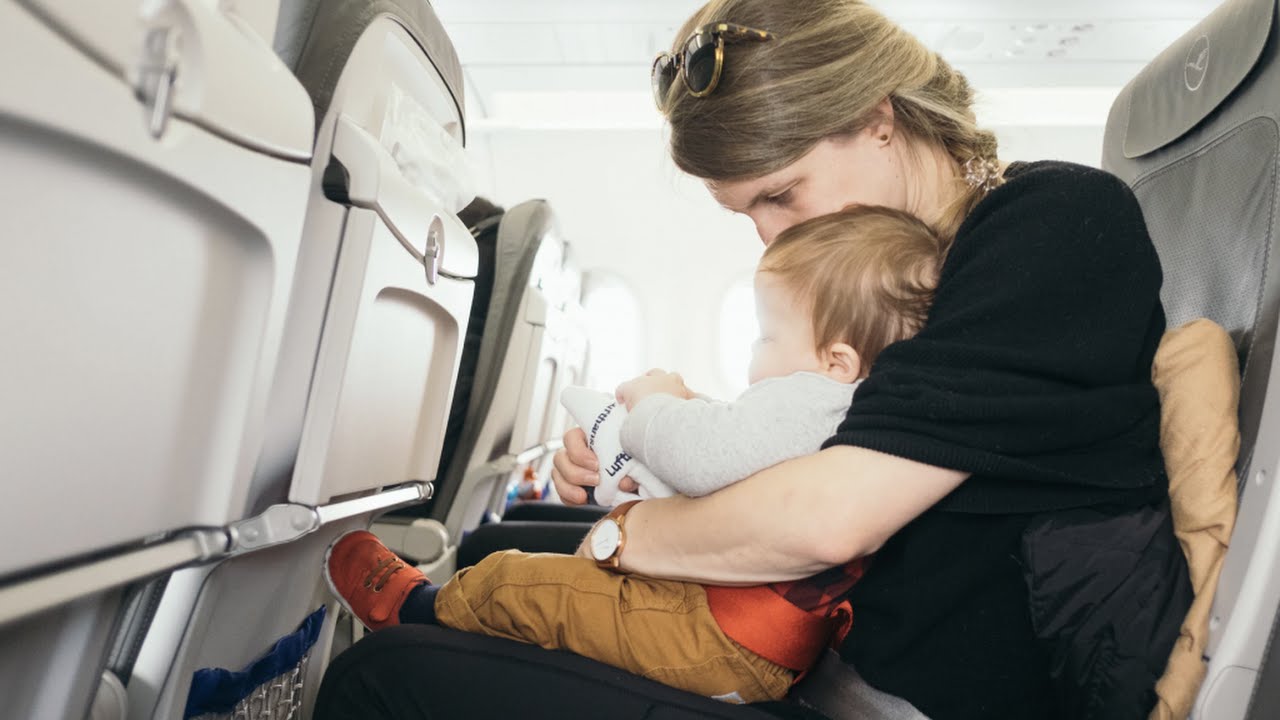 A secret that saved my life… or at least my sanity, as we braved a three-hour flight with my nine-month-old son a few years ago.

When the jigging didn’t work, nor the usual repertoire of happy songs or restless feet on the knees, we dug deep (into the travel bag) and pulled out our secret weapon. Peppa Pig stickers. An hour later, the back of the front seat was completely covered with Papa Pig and George’s dinosaur.

Another hour was spent watching his uncoordinated but adorable attempts to pull them out and reattach them. I looked at our seat neighbors smugly as if to say, see; she is the best brought up child in the world.

But we all know that when you’re traveling with kids, things don’t always go as planned. And as incredible as they promise, when it comes to sitting in a confined space for an hour or two, strapped down and unable to bounce against walls (though they try), flying with young children can be…. inducing gin.

Inevitably, there is a core of four things that will happen as you soar through clouds.

They will have to go to the bathroom at the worst possible time.

No matter how many times you take them to the bathroom before the flight, the moment the seatbelt sign stubbornly lights up in the panel above your head, your little one will need a pee. But it won’t just be a little pee, it’ll be the most excruciating and urgent trip to the bathroom they’ve ever needed in their lives.

Or their faces will tell you anyway. Eyes narrowed in hyperbole, legs crossed as they pace back and forth begging you to release them from the torture they tell you you have inflicted on them. evil mummy. And all the “just try to hold on” is futile. So do the desperate looks over your shoulder at the stubbornly red-lit toilet doors and the flight attendants who shrug sadly, their eyes telling you what everyone else sitting nearby is also thinking. Bad mom.

Finally, finally, the relief of the dull ping that signals the release of your prisoner seat as you rush behind your fugitive. You stare sadly at the drinks cart as you inelegantly sneak by. You’ve got a job to do, to convince your nervous child that the horrible sounding flush doesn’t suck you in, even though you usually push and run yourself. You return to your seat, direct your small load forward, urgently safe in the toilet for another 20 minutes at least.

Of course, sometimes it’s not something that can be avoided. But the theatricality involved never changes. One hand in the air, flapping in the general direction of their ears. ouchy. “Yawn”, command yourself, do it yourself – an exaggerated giant, head rolling back, sound and all. They stare at you blankly. You remember the sweets that weigh the sugar/ear pain ratio and keep going. But that’s not good either. The beat evolved pulling the ears and mounting the hysteria.

You ignore the quick glances of people seated in front and behind and move on to Plan C. “Pinch your nose and huff!”

No more blank stares, but you can tell by the familiar twitch of your child’s face that things are about to get worse. You equalize the pressure in your own ears, but only one skips. Your child is frantically blowing raspberries in his failed attempts to release the pressure. You swear leaving the calpol in the suitcase as the crying gets worse. There’s only one thing for that… Peppa stickers.

‘Mom (loud, too loud) why did you say a bad word to dad in the car this morning’ The usual silence on your little speaker doesn’t work in such close spaces. Prepare to be mortified by your pandora’s whole box of indescriptions opening wide. ‘Emily hit me in the pee’ is followed by ‘Why is your belly so choppy’ and nicely rounded off with a finale of ‘your hair is half yellow, half black’ while taking a close look at it with their sticky fingers, like a monkey.

There is no way out. The sooner you realize this and accept it, the better for all of you. Just another hour, you think to yourself as a sock lands on the open pages of a book you’re pretending to read. You look at the exit with envy. Means to an end, you sing silently as they accuse you of having nits. Means. For. One. Finish.

Dear all who no longer have young children, sometimes children cry because their tiny ear canals are not yet developed to cope with the pressure of flight. Sometimes they express their frustration or exhaustion by opening their mouths and moaning. And yes, it’s boring but it’s not because exhausted parents are doing anything wrong.

A friend of mine who flew recently recounted the ultimate flight horror when a male passenger mumbled aloud as she tried to soothe her crying toddler that if you can’t keep your silent child, you shouldn’t have them. Another pal described a steward’s angel holding her baby and helping calm her down as she rushed to the toilet on a flight she was taking solo.

Be more like this person and less like the first one. We do our best here. And if you’re upset or angry about a little child in pain, here’s a roll of Peppa stickers.