September 9, 2022Written by Catherine A. Rondeau 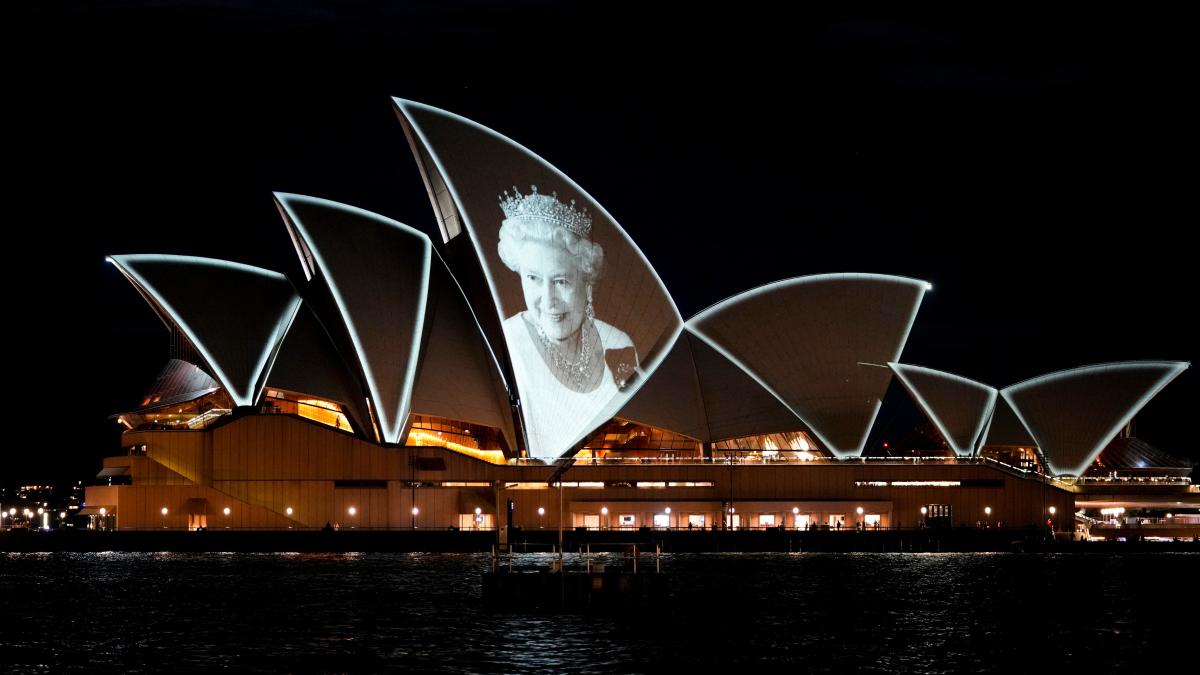 The sails of the Sydney Opera House were lit up in the Queen’s image as the world continued to mourn the monarch.

The establishment’s general manager, Louise Herron, noted in an Instagram post that Her Majesty was present when the Opera opened in 1973, saying the sails would be lit on Friday and Saturday nights to honor the “model of strength and stability.

Ms Herron added the decision was made to honor the Queen, who was shown in the post in a formal dress in The Magic Flute at the Opera in 1973, after a “lifetime of humanity, stoicism and grace “.

Memorial events are being held across Australia, which the Queen has visited 16 times during her 70 years on the throne, with floral tributes popping up outside government buildings in Sydney and Canberra.

There is no official mourning period for the country, with most events coordinated by federal authorities in the Australian Capital Territory.

The Federal Parliament, which was due to return next week, has been suspended for at least 15 days.

Flags in Canberra’s Houses of Parliament were lowered to half-mast as a sign of respect on Friday as the Australian Defense Force conducted a 96-gun salute at dusk, followed by an address to the nation by Governor-General David Hurley which began around 7 p.m. (10:00 BST).

At the nearby Australian War Memorial, which the Queen visited during the first visit by a reigning monarch in 1954, ‘Queen Elizabeth II’ was cast into the Hall of Remembrance on Friday evening.

Books of condolences were made available in Parliament and Government House in Canberra.

Books are also open in each state’s government houses, and online condolence forms have also been created on the websites of the Governor General and the Prime Minister and Cabinet Department.

Prime Minister Anthony Albanese and Mr Hurley have confirmed they will attend the Queen’s funeral in the UK, where they will meet Charles as a monarch for the first time.

Upon their return, a national memorial service will be held in Parliament to mark a national day of mourning.