The Quietus | Features | album of the week

January 20, 2022Written by Catherine A. Rondeau 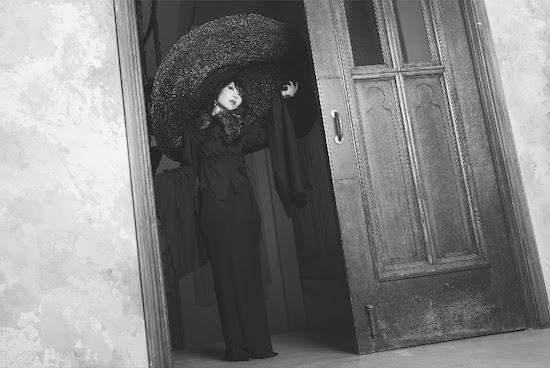 Over thirty years and countless albums, EPs and collaborations, Tokyo trio Boris have rarely failed to confuse or confuse. Their latest release O, is no exception and serves as another puzzling piece in a puzzle the whole thing of which perhaps needs to be seen from space to make sense.

The raw components found here – noise, new age vibe, dreamily deconstructed pop – may not be the first influences that come to mind for many casual listeners when Boris is mentioned. After all, they rose to prominence as part of the millennial wave of heavy, shaggy rock music that involved Queens Of The Stone Age’s journey to megastardom on the one hand and the birth of Sunn O))) from the other: some strange years when high art and low culture began to mingle like the fluids so deftly projected by the two robots adorning the cover of Black Sabbath technical ecstasy.

But while the interconnected scenes of stoner, doom, drone and sludge may have been some of the first to welcome and defend them, it was never quite the full story for Boris. Like a blind-eyed cuckoo chick instinctively tipping rival eggs out of its foster nest, Boris would soon become something quite alien. Amid all the amplifier (and Melvins) worship, we saw collaborations with Keiji Haino and Merzbow, bouts of improv and a cheeky nod to Nick Drake – hints that it was unlikely that the group stays in a particular space.

It was a promise they would keep in spades over the years, from deliberate explorations of tacky kitsch and up-and-coming J-pop to collaborating with Ian Astbury of The Cult and, most recently, a festive Wham! blanket. Over the course of their career, the band hasn’t so much defied expectations as provided the sonic approximation of what the clearance guys might find after Mr. Benn’s death: a bewildering array of odd and sometimes ill-fitting clothes – many of which were worn just once – this might not bring stylistic consistency, but somehow speak of a unified worldview.

Now, the murky and soothing influences with which the band seeks to soothe our pandemic-shattered spirits are in fact almost familiar, having spotted versions as recent as LΦVE & EVΦL. Even their role as a stylistically opposite counterpart to 2020’s hardcore punk rager NO (which was genuine to the point of bringing Outo’s Katsumi Sugahara on board for a guest spot) makes sense in a completely absurd way. O opens with the same vaporous melody that closed NO but blurs it even further, the tape teasing the frayed edges to the point where the previous pattern becomes unrecognizable. Drums stumble, guitar lines fragment and a subtle whoosh leads you to believe that strange crystal pillars just might be making their way into the sky. Except that in the end, nothing like it happens, just a gradual disintegration before drifting into the sleepwalking calm of ‘Icelina’, a song that sees the breathy intonations of guitarist Wata complemented by the soft whisper of a GameBoy dying man who finally makes peace with his maker.

“Drowning By Numbers” and “Invitation” continue this soft, sleepy ebb with pastel noise pops, abandoned post-punk bass bobs, and soft plinks and blips that flicker at the edges of perception. Elsewhere, “Beyond Good And Evil” evokes Bedhead’s mix of early 2000s Mogwai and Blonde Redhead, while the slow crossfade of “You Will Know” carries with it a strange sense of familiarity – the kind of thing that WG Sebald could have concocted if he felt compelled to do so. form a shoegaze number with William Basinski. Where they appear, Wata’s soft, hushed whispers play an eerie dual role: something almost tangible amid the slow, incomplete swirl, but also the kind of fixed point you can focus on while you wait for the moment. anesthesia sets in.

It’s not all however, gentle introspection in the immersion pool and whale song. “The Fallen” lifts steep riffs like standing stones on a sacred hill, while “Old Projector” goes from a minimalist traipse to a photo of a photo of a pentastarEarth riff of the time. While those brief glares are perhaps exposed to remind us of how calm and collected things are otherwise, they also play into the album’s overriding feel. Despite their vastness, each moaning riff feels somehow blotchy and comes cocooned in bubbly layers of FX, so that rather than dominating with hammer-blow brutality, they do so with a dense, enveloping warm feel.

For all its Motörhead-Gone-Death-Side savagery, the Bandsaw NO as an “extreme healing” exercise for a virus-ravaged world. Stylistic contrast aside, O is part of this same process. Yes NO was the brutal and painful tearing off of the bandage, then O allows the wound to breathe, dry and heal, providing a vaporous feeling (as opposed to Gauze-y), pain-relieving backdrop for self-collection and recuperation. The sleepy, meditative palette provides the perfect soundtrack for reflection and rumination, and it seems like even elements that echo the band’s previous forays into softer, mellow ether tones could have been strategically deployed so to calm and reassure.

If in the end it will take more than a Boris album – or any piece of music, by the way – to heal our mental, physical and psychic health at this point, O provides a temporary balm: an intricate, nest-like space that manages to intrigue and fascinate despite the familiar elements that were used in its construction. However, perhaps the most comforting aspect of the experience is what it reminds us of Boris himself: that the only infallible things we can expect from them are the unexpected, the unusual and the quite, magnificently improbable.