The next chapter in children’s picture books

November 10, 2022Written by Catherine A. Rondeau 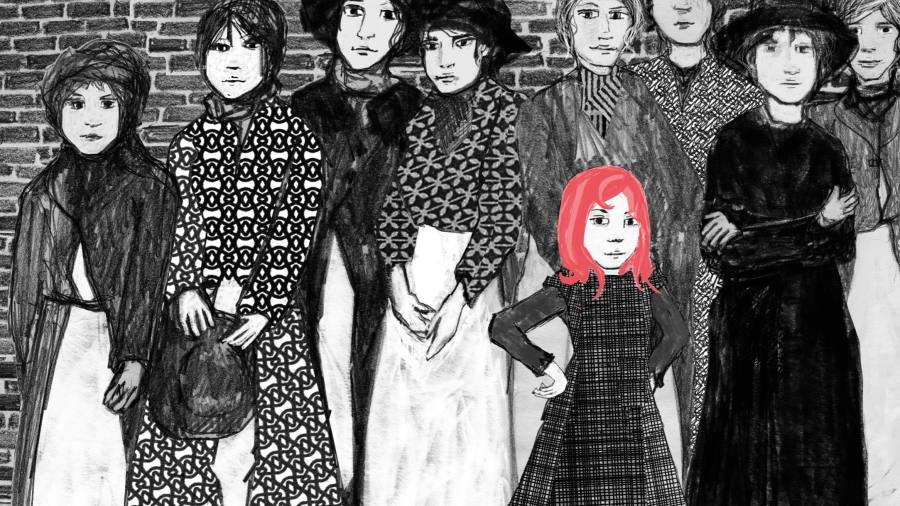 “For years, I had the idea for a story about a child who was looking for a place to go on Christmas Day,” says poet Lemn Sissay, who was placed in a home as a child. “In May 2017 I was artistic director of an exhibition as part of my year as a Canterbury Laureate. For this, Greg Stobbs created a life-size illustration of a child with a backpack of houses. It is called many houses. It floored me. This is the most illuminating illustration of what it feels like to be cared for. Here, standing in front of me, was the child waiting for a story about finding a place to go.

The meeting led to this year’s publication of Don’t ask the dragon, Stobbs drawing inspiration from the scale, loose texture and energy of “1980s graffiti and early street art” in his illustrations. Notably and unusually, says Stobbs, “It wasn’t a case of Lemn writing and then me drawing, rather it all happened at the same time… There’s an alchemy that happens, where images appear in my head when Lemn speaks. ” Sisay adds: “We watch with a kind of awe. We collaborate. We have made something live outside of us and it has a personality of its own.

Their adventure is part of a new round of children’s games books sparked by curious and collaborative duos. At a time when we said goodbye to some giants of children’s literature – Shirley Hughes, Eric Carle and Jill Murphy, John Burningham, Judith Kerr – these new collaborators hope to find space on the library shelf.

“I don’t think the books we loved when we were kids leave us, they become a part of us,” says children’s author Natalia O’Hara, who creates books like last year’s. Frindleswyde with his sister Lawrence. their neighbor, Once upon a time there was a fairy tale, is a choose-your-own adventure inspired by their childhood game of choosing the best things from an Argos catalog. It is inevitably a particular type of partnership. “We have a bank of shared memories and experiences that gives us a sort of shortcut,” they say. They too “write and draw at the same time, exchange ideas and feedback”. The result – judging by its reading to my own three- and five-year-olds – is funny, loud and magical.

Interpreting and reviewing images is not an “easier” way to read

Lauren’s drawings – fashion illustration meets playful Eastern European folktale – are captured in a mix of gouache and inks. This “pictorial” approach is also what drew early children’s author Hannah Shuckburgh to the work of artist Octavia Mackenzie. Shuckburgh saw a painting of Mackenzie that “was literally a scene from the book. It was completely absurd. It was this white barn owl that flew in the night sky. It was exactly what I had in mind. »

Shuckburgh’s story was inspired by her husband’s discovery of a new variety of apple near their home in Wiltshire. Archie’s apple sees a six-year-old boy echo that discovery, which leads to world fame and a business giant…until he realizes the apple isn’t his in the market. It belongs to the tree.

Illustrated readings for children of all ages

Once upon a time there was a fairy tale by Natalia and Lauren O’Hara (Pan Macmillan, £7.99)

The woman who turned children into birds by David Almond and Laura Carlin (Walker Studio, £12.99)

The boy who lost his spark by Maggie O’Farrell and Daniela Jaglenka Terrazzini (Walker Books, £14.99)

The Little Match Girl Strikes Back by Emma Carroll and Lauren Child (Simon and Schuster, £12.99)

“Nature belongs to itself,” says Shuckburgh. “That’s the message, really. That, and there’s still savagery out there. It’s sweet, funny and utterly unique, managing to be both completely of its time, and yet reminiscent of a nostalgic, simpler time. Mackenzie’s hand painted watercolors are rooted in the landscape – a hymn to the English countryside. A bird is never “a generic bird, it is a swallow sweeping the sky; it’s not a generic flower filler, it’s bluebells,” says Shuckburgh. The 50 pages of paintings took a year to create. Shuckburgh describes their relationship as “symbiotic…the story really became the illustrations”.

Award-winning novelist Maggie O’Farrell uses the same word to describe the relationship between his words and Daniela Jaglenka Terrazzini’s illustrations in their second book, The boy who lost his spark. “I like the idea that… there has to be a series of moments where I pass the baton of narrative to [Daniela]. A symbiosis between illustration and text is crucial for a book to work: if a child can see something in the pictures that is not in the words, it will imbue them with a huge sense of accomplishment and of pleasure.

The couple’s story is a tender story centered around a lonely boy and a nouka, a small ancient creature who lives on a volcanic hill. Jaglenka Terrazzini’s illustrations sit at the book’s intersection of mythical intrigue and emotional turmoil. “I was drawn to the timelessness of Daniela’s work, as well as her sense of magic, which is always both compelling and unsentimental,” says O’Farrell. “His children look like children, not idealized or stylized mini-humans. His depiction of the nouka is wondrous – a creature of rock and soil, both magical and earthbound. 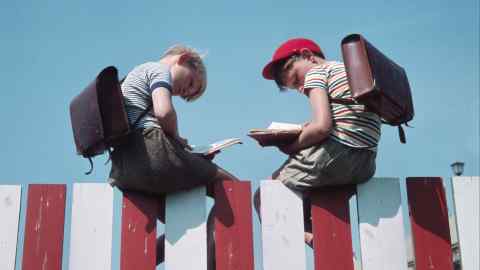 My son and I read The boy who lost his spark in a few enchanted seances; As Archie’s apple, this is a long picture book for children around five years old and up. “I think stories find their own shape, like water,” says O’Farrell. “I like the idea of ​​slightly older children having a book that’s still beautifully illustrated – there’s no reason why just because you can read you should give up the pictures.”

“It’s been one of my big frustrations to go from reading aloud to kids and engaging them with pictures to leaving them alone with a book and expecting it to be just as immediate and exciting” , acknowledges author Kiran Millwood Hargrave. “Interpreting and reviewing images is not an ‘easier’ way to read, it actually makes the process more challenging, complex and rewarding.”

Millwood Hargrave and her husband Tom de Freston followed their critically acclaimed book Julia and the shark with this year’s Leila and the blue fox. The 256-page tale is inspired by both the true story of an arctic fox who traveled 2,000 miles from Norway to Canada and the migrations of children fleeing war in Syria to find refuge in the UK . Sometimes through a small motif, other times through full-page portraits, the images open up the imagination without, as de Freston says, “limiting” it. Millwood Hargrave says, “It’s never purely illustrative – there’s something about his pieces that strikes a chord and sings.