The first image of Mercury is visible

October 4, 2021Written by Catherine A. Rondeau
Leave a Comment 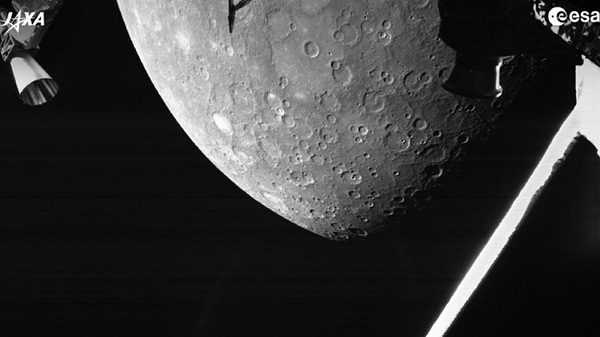 The first image of Mercury, the smallest planet in the solar system, was shown by the Euro-Japanese mission spacecraft Baby-Colombo.

The BBC reports that the spacecraft began its journey in 2016 and was able to take photos for the first time last Friday.

According to the European Space Agency, the image was visible at a distance of 200 km or 125 miles on Wednesday. However, the image captured by his surveillance camera is black and white and low resolution.

The journey began on October 20, 2016. There are three steps that this vehicle can take to get to Mercury. After circling the Earth once in its first phase, it first put Venus into orbit in 2020. In its second orbit on August 16, the spacecraft’s distance to Venus was three hundred and fifty miles. In the last stage, Baby-Colombo heads towards the mysterious Mercury. Baby-Colombo finally unveiled a photo of Mercury today. The spacecraft will reach Mercury after making six orbits over the next 4 years.

When it reaches Mercury, Baby-Colombo will split into two parts. The main body created by the European Space Agency will collect information on the upper and internal structure of Mercury. A map of the surface will be created there. On the other hand, the Japanese-made vehicle will operate on the planet’s magnetic field and the origin of the solar system. Previously, NASA, the US space agency, had successfully conducted two missions to Mercury.