January 2, 2022Written by Catherine A. Rondeau 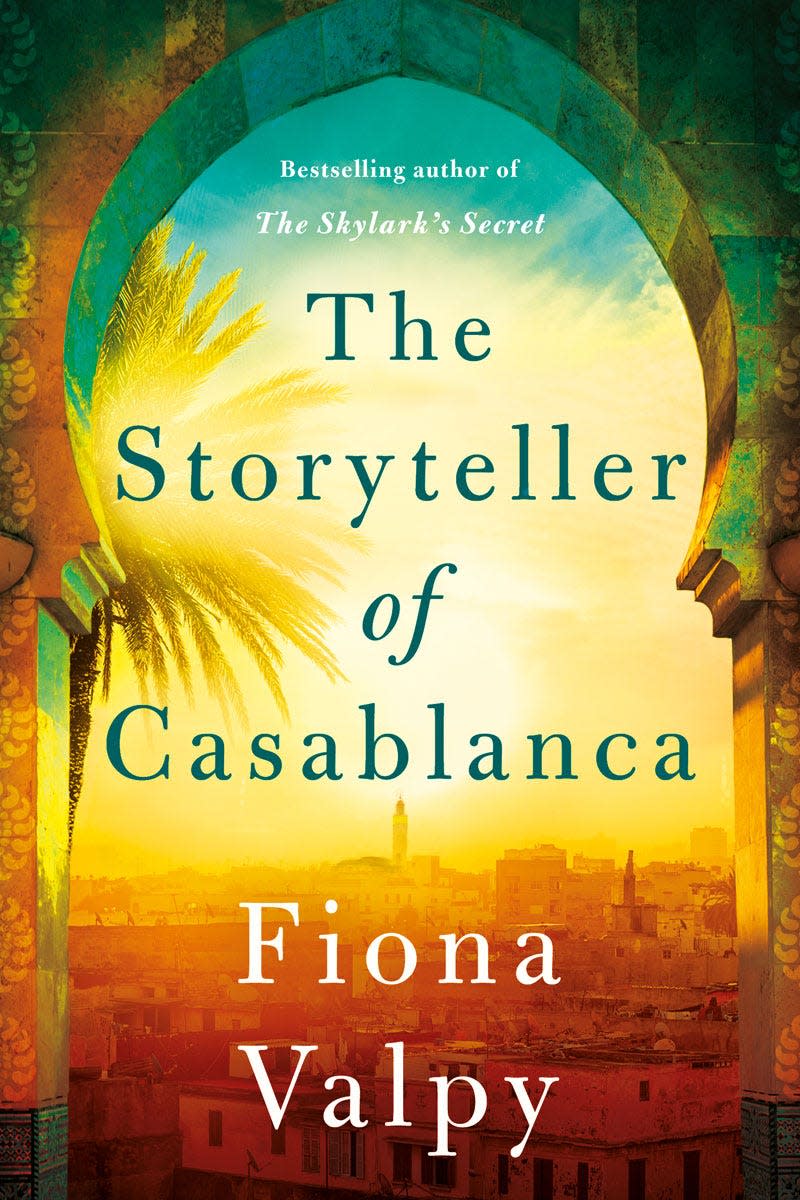 The Storyteller of Casablanca

A successful author of many works of historical fiction, Fiona Valpy told us another story of strong women in “La Contrice de Casablanca”. In fact, in this book there are two women – in separate timelines – forced to find their strength in catastrophic circumstances. This includes war, home displacement and resettlement in a foreign country, great losses and enormous uncertainty.

We first meet Zoe Harris. Their year is 2010. She and her husband, Tom, recently moved from England to Casablanca to accommodate Tom’s career with a major shipping company. Although Casablanca’s expat community reaches out to Zoe, she is struggling to acclimatize to her life in the strange new world of North Africa.

She prefers the company of her granddaughter, Grace, and exploring the city that both fascinates and terrifies her, rather than attending the many social events to which she is invited. Reading her first chapters, it becomes clear that Zoe suffers from anxiety – she washes her hands obsessively until they are raw and bleeding. At this point, the author gives little clue as to what is behind Zoe’s nervous state other than an obvious lack of ease and connection with her husband.

Zoe has installed her daughter’s things in an attic room in their luxury home in the French Quarter of Casablanca, an enviable address provided by Tom’s employer. Spending a lot of time in this room, she eventually notices a loose floor and brings a box of trinkets and a leather-bound journal. She begins to read.

This brings the second woman on the scene. Her name is Josie Duval and, at 12, still a girl. We are in 1941 with the Second World War in full swing. Josie and her family are in Casablanca awaiting the necessary papers to immigrate to America after fleeing their home in France just before the Nazi occupation. Her mother is Jewish, and her father, a wise and successful businessman, has taken steps to ensure the safety of his family. Although refugees, they can rent a nice house – the same house Zoe lives in 69 years later.

From this point on, Zoe’s reading of the diary reveals what Josie and her family, and thousands like them, endured as refugees during this time. Zoe begins to see Casablanca and its charms through Josie’s eyes, goes to places Josie has written about, and in a weird way, inhabit her life rather than hers.

The â€œStoryteller of Casablancaâ€ is a poignant book of great depth. Universal themes of love, loss, loyalty, betrayal and redemption are woven into it. While never overlapping with history, the author’s extensive research, along with vivid descriptions, brings Casablanca to life on the page, especially the fusion city of refugees in the early 1940s.

This book is for the mind and the heart. It gave me new perspectives and touched my emotions on several occasions. I recommend it to anyone who enjoys historical fiction, stories of strong women, and unexpected endings.