Sigrid talks about the new album “How to let go”, surviving the music industry 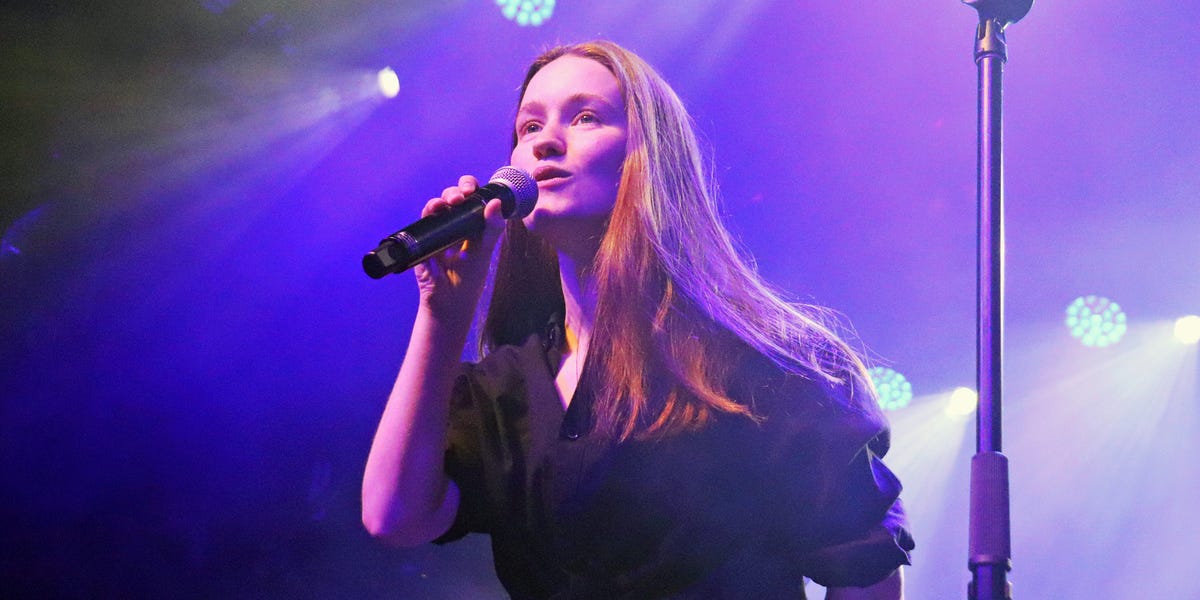 I met Sigrid on a humid early April morning, perched on the 86th floor of the Empire State Building, more than 3,400 miles from her hometown.

The Norwegian singer-songwriter had just finished an acoustic set in the iconic building’s observatory, where she confessed to the intimate crowd that the title of her new album, ‘How to Let Go’, is more ambitious than instructive.

When the pandemic hit in 2020, Sigrid decamped to her parents’ home in Norway for nearly two years. Traveling back and forth to a small studio in Copenhagen, she pieced together her highly anticipated second album, which paints a portrait of a brave and extremely well-adjusted woman.

“The thing I think I’m most proud of in my career is that I’m still doing well,” she told me. “Because it’s a really tough industry and it can break you.”

Sigrid wrote her debut single, “Don’t Kill My Vibe” in 2017, following a recording session with older male executives that left her feeling small and patronizing. “You think you’re so important to me, don’t you?” she sang with gentle contempt.

She spent the next few years proving how wrong they were, selling over a million copies worldwide of her debut album ‘Sucker Punch’ – earning rave reviews for her ‘almost perfect collection of pop belts’. and “the down-to-earth voice”. firepower” – and racking up 1.3 billion global streams.

But throughout “How to Let Go,” which was released via Island Records last Friday, Sigrid spends far more time struggling with her evolution than bragging about it.

“I’m happy with my age, what I’ve done and my career, and I’m super, super grateful,” she explained. “But of course there’s a bit of sweetness about not being a kid anymore – that purity of growing up in this little town with 50,000 people living there, sleeping in my childhood room with my parents, my siblings. and our cat.”

“It was very quiet and nice. We would be skiing and hiking. Now the Empire State Building,” she added, pointing to the ceiling above her.

“How to Let Go” kicks off with the confident double punch of “It Gets Dark” and “Burning Bridges,” in which Sigrid throws herself into the vast inky unknown, leaving behind people who can’t match. his passion.

Sigrid learns similar lessons throughout the 12-song list, largely in the context of a breakup she initiated. (“It’s all true,” she clarified modestly. “I’m not going to tell you exactly what happened, out of privacy.”)

“I gotta let you go, ’cause when you know, you know,” she sings demurely on “Thank Me Later,” later insisting, “I just changed, I never pretended” on “Last-to-Know”. The single “Mirror” is a hymn to self-love that was sparked by a newfound loneliness: “I had to step away to really know / I love who I see looking at me / In the mirror.”

In Sigrid’s hands, these words seem neither banal nor obvious. Instead, she embraces the powerful role of a young woman on the move, unsure of her destination but going for it anyway.

Even the song titles themselves (“Dancer”, “A Driver Saved My Night”, “Grow”) suggest there is an inherent value in movement.

“I’m constantly on the move. I’m never really settled,” Sigrid admitted, noting that she’s been spinning at an almost constant pace since she was 20.

“A lot of times it’s a few days at each location and then you move on,” she added. “It’s very inspiring, and there’s freedom in that, for sure.”

In fact, the pleasure of playing has become one of Sigrid’s main inspirations. She said she often thought about how a song would play out in a concert hall while she was writing it.

“This whole album is made for live shows,” she said.

The day before our interview, Sigrid took the stage for a packed show at Brooklyn Steel in New York. Lively and outgoing, she joked with fans in the front row and even teased a few about sharing her star sign (“Are there any other Virgos in the crowd that relate to those songs at another level?”).

Although Sigrid described herself as “shy”, she said her on-stage identity was not an alter-ego, but rather her natural disposition “turned it up a notch”.

“It’s just my personality when I’m given a microphone,” she explained. “Give a mic to someone fucking and they’ll turn up the charm.”

Although she felt like the wallflower in her “noisy” and “political” family, Sigrid was raised with the assurance that her opinions and emotions had merit.

“I was always very curious. I remember with my grandmother, she told me that she liked our conversations,” she said. “I probably wasn’t very insightful or deep. What can a 10-year-old girl really say about life? But I felt like she really took me seriously, listened to me and put me down questions.”

As for her parents, they only had two simple rules for Sigrid and her two siblings: “Do your best and be kind.”

“The slack was not cool,” she said. “They didn’t care if I got a good grade or not, as long as I tried my best. And that was an important lesson because I can get quite critical if I don’t get the result I want. “

At its core, “How to Let Go” is Sigrid’s attempt to release that self-criticism, trust her own instincts, and refuse to settle – both physically and emotionally.

The album ends with the contemplative and optimistic “High Note”, partly inspired by the Corpus Clock of the University of Cambridge. According to Sigrid, the “Harry Potter-esque” monument was designed to “remind students of time, how we really should embrace life and do whatever we want to do”.

Sigrid described the final track on her album as an ode to “life itself”.

“I never thought any of this was going to happen,” she explained. “I didn’t grow up dreaming of being a pop or rock artist. I wanted to be a lawyer.”

“But I don’t try to hide my music. I want people to listen to it. I’m very ambitious,” she added minutes later, a blazing look in her eyes. “Yesterday at Brooklyn Steel, feel the energy in this room? That’s why I do what I do.”

Listen to Sigrid and more on Spotify with Insider’s up-and-coming artist radio.