Shawn Vestal: Tuition is still very high, but the debt picture is improving – at least a little

September 11, 2022Written by Catherine A. Rondeau 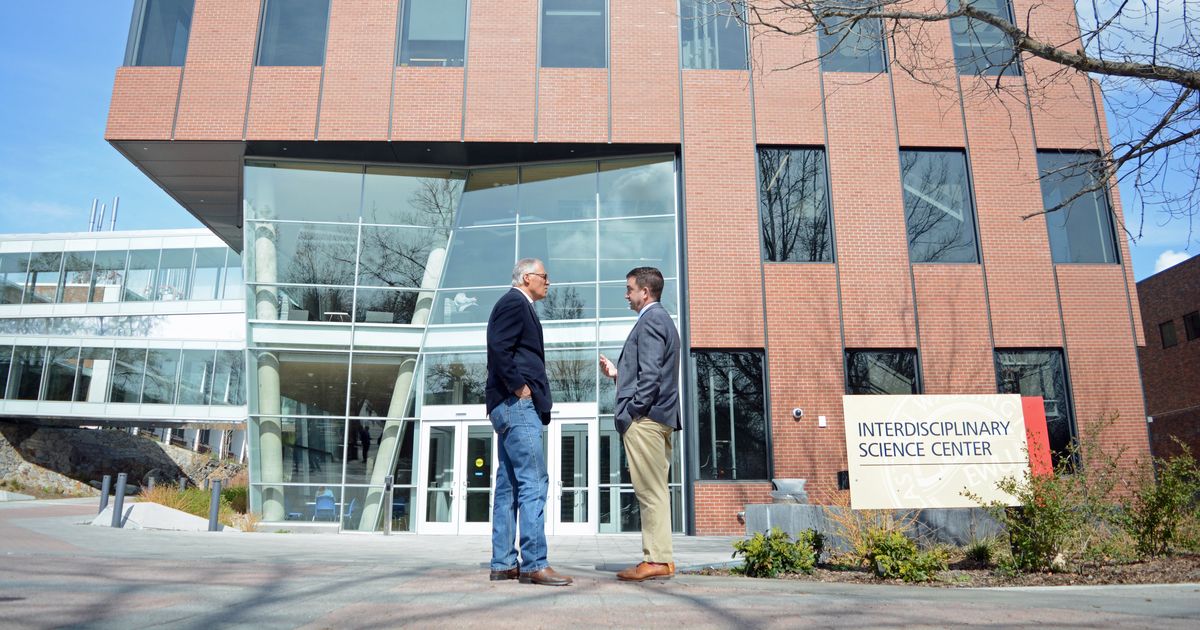 One of the most important trends in our college cost crisis is one of the least known.

Costs increase slowly, without exploding. The pernicious cycle of student loans – the intergenerational job we pass on to young people – has eased, with grants increasing and borrowing decreasing over the past decade. And various grant and scholarship programs that have sprung up in response to the escalating cost of college education have increased dramatically.

College is always very expensive. We’re still sitting atop a mountain of tuition and cost increases that have far exceeded normal inflation over the past 40 years, and while we’ve slowed that trend line, we still haven’t produces a system that anyone would call affordable. We still offer some students a path to an education that feels more like a long scam than a square deal.

But there are some signs pointing in the right direction – and they point to ways in which we can make real progress.

It would be difficult, but it’s not complicated: more public investment in college funding and financial aid, more serious attention to costs by university administrators, and fewer loan applications.

The idea that rising college costs have been tempered may seem impossible. After all, tuition, fees, and other costs have been rising so much for so long that it seems like sunrise and sunset.

In 1980, the average cost of attending a four-year college was $10,231 per year (adjusted for inflation), according to the National Center for Education Statistics. These are tuition, fees, room and board.

Many different statistics show the same thing: costs are rising so dramatically that the idea of ​​working your way through college has become a thing of the past. Between 1977 and 2022, according to the Bureau of Labor Statistics, the college tuition inflation rate was 6.28%, not quite double the overall inflation rate.

This happened in large part because states cut funding for higher education as college became more expensive – a little at a time, year by year, until retirement was huge. In 1988-89, for example, the state paid 82% of the cost of a student’s education at Washington State University; by 2012-2013, that figure had fallen to around 32%, according to an analysis by the Economic Opportunity Institute.

This trend leveled off when the state began to rein in rapid tuition fee increases, increase spending on higher education, and invest in scholarship programs. Last school year, the state paid just under 43% of the cost of a WSU education.

Tuition fee increases — which were in the double digits for years — have also slowed. More students are receiving the Washington College Grant, our state’s excellent financial aid program, and the College Bound Scholarship, which provides assistance to students who commit to higher education in college.

Meanwhile, more colleges are tackling the cost issue themselves, helping to cover unmet costs, and community initiatives to pay for college education — such as Spokane’s newest LaunchNW — are emerging. put in place.

And all of these trends have begun to make even a small dent in the debt cycle. The number of students in debt graduating from Washington universities in four years has fallen slightly — from 55% a decade ago to 45% — and the average amount of student borrower debt has stabilized, at around $24,000. , according to state figures.

Nationally, a College Board report found that financial aid per full-time student has more than doubled over the past two decades, while the number of federal loans per undergraduate student has peaked. ten years ago and went from $6,160 in 2010-11 to $3,780 last year. academic year.

Again, costs remain very high and the idea of ​​a student leaving college with a bachelor’s degree and $24,000 in debt is fundamentally bogus. There’s a long way to go, if we’re really, really trying to create a system that’s affordable and accessible.

One thing that has been made abundantly clear by the debt forgiveness debate is how many people simply do not understand this system, or its manifest injustice to students without means.

But whatever your opinion of the forgiveness plan, it was a substantive solution to an ongoing problem – an attempt to catch some of the horses that ran out of the barn, even though the barn door is still open.

We need to close that door if we want our colleges to be truly engines of opportunity.

A good way to do this would be to increase the Pell Grant – and I’m not talking about the $400 increase the program just received.

The Pell Scholarship is a federal program to help needy students pay for their college education. it is a vital tool for students of color, in particular, most black students and about half of Native American and Hispanic students relying on the program.

Many of us who came from families without the means to pay for our education essentially went to college on the Pell scholarship. My Pell Grants in the mid-1980s at the University of Idaho covered most of the costs. I topped it off a bit – a scholarship or two and part-time jobs – but it was entirely possible to go to public school mostly on that scholarship.

Nowadays, a Pell grant will not allow you to reach the submission/addition deadline. Congress failed to fund the Pell Grant to keep up with regular inflation, let alone college hyperinflation.

The National Student Financial Aid Association notes that the maximum Pell Grant in 1975-76 covered more than three-quarters of the cost of attending a public four-year college. In 2020-21, the maximum Pell grant of $6,495 covered 26% of this cost.

According to the Institute for College Access and Success.

Forgiving that debt is one thing. But if we really want to close that barn, there’s no better place to start than the Pell Grant.