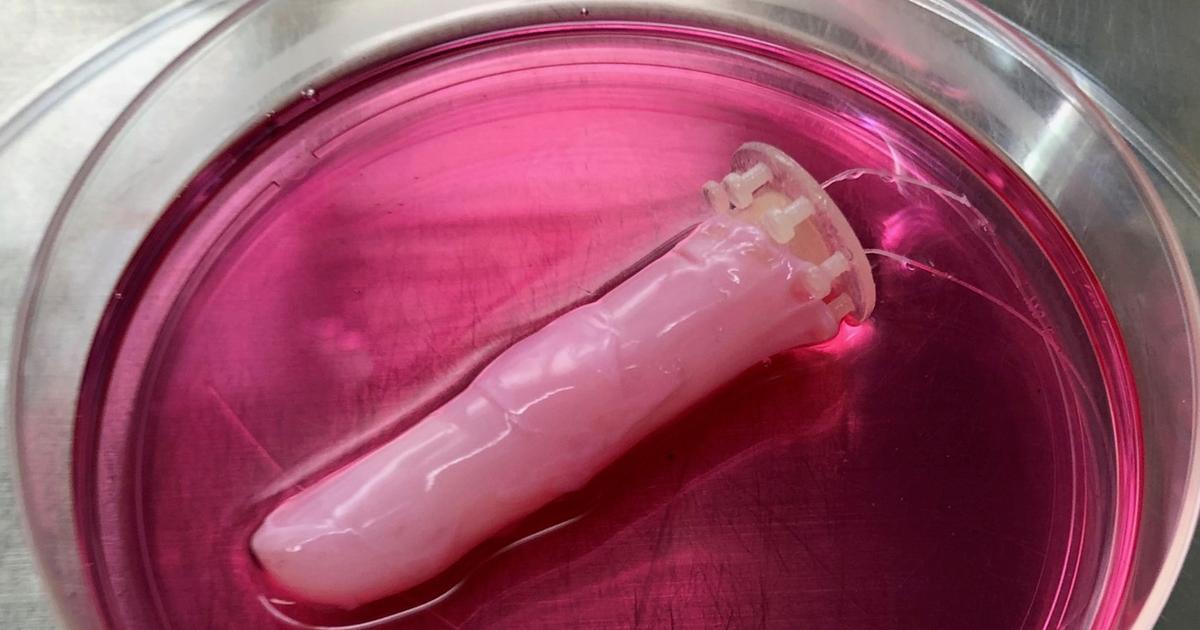 We’ve heard a lot about synthetic skins designed for robotic hands, which would give devices more human-like qualities. Well, Japanese scientists have gone a step further by covering a robotic finger with self-healing skin made from living human cells.

Led by Professor Shoji Takeuchi, a team from the University of Tokyo began by building a motor-operated articulated robotic finger that could bend and straighten like its human counterpart. This finger was then immersed in a cylinder filled with a solution made up of collagen and human dermal fibroblasts – these are the main components of the connective tissues in our skin.

Due to its natural properties, this solution shrunk and conformed to the contours of the finger, forming a seamless hydrogel coating. Next, the scientists added a layer of human epidermal keratinocyte cells, which make up 90% of our epidermis (the outermost layer of skin). These formed a moisture retaining/water resistant barrier on top of the gel and gave the finger a more natural texture.

When the robotic device was then tested, the skin was found to be strong and elastic enough to bend and stretch with the finger, without breaking. Additionally, when the skin was cut and then covered with a collagen dressing, this dressing gradually morphed into the surrounding skin, thus healing the wound.

That said, artificial skin is still much weaker than natural human skin and must be constantly supplied with nutrients to survive. Scientists plan to address these shortcomings and add features such as fingernails, sweat glands, hair follicles, and even sensory neurons that would provide a sense of touch.

It is hoped that the skin can eventually be used to make humanoid robots more realistic and closer to humans. The technology would also be ideal for performing tasks that require a soft but resilient touch, and for conducting skin research without resorting to animal testing.

“We’re surprised at how well the skin tissue conforms to the surface of the robot,” Takeuchi said. “But this work is only the first step towards creating robots covered in living skin. […] I think living skin is the ultimate solution to making robots look and feel like living creatures, because it’s the exact same material that covers animal bodies.”

An article about the project was recently published in the journal Question.