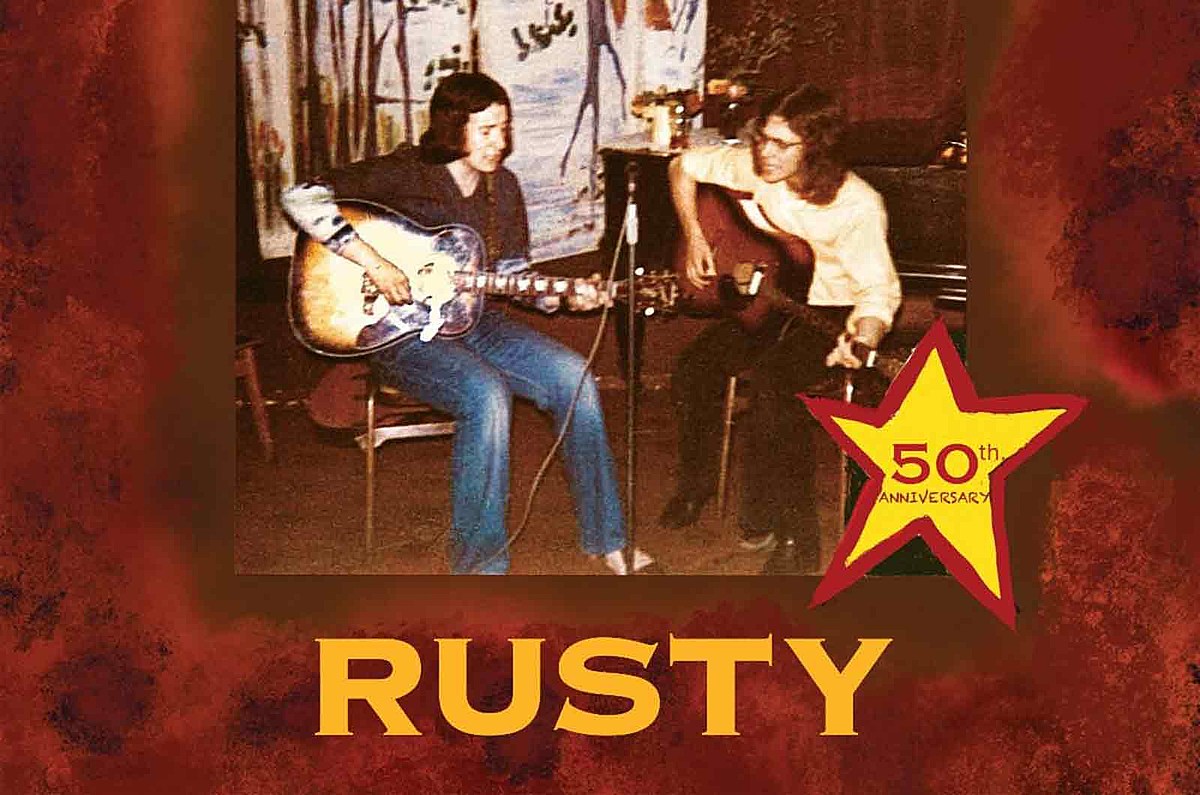 Sentimental isn’t the first word that comes to mind when considering Elvis Costello — at least not as immediately as terms like, oh, acerbic or biting. But on The resurrection of rusthe looks indeed, with tenderness and warmth, his past.

The Rust in question is Rusty, a band from Liverpool that Costello played in 50 years ago with fellow singer and songwriter Allan Mayes, who now resides in Texas. The band, according to Costello’s notes, played up to five or six nights a week during the summer of 1972, throwing in originals in sets that included mutually favorite songs by Bob Dylan, Neil Young, Van Morrison, Randy Newman and others, as well as Costello (then DP MacManus) favorite Brinsley Schwarz.

Rusty broke up in 1973 when Costello moved to London, but his 50th birthday inspired him and Mayes to “make the record we would have broken at 18 if someone had let us”. And while it’s hard to know what these budding teenagers looked like at the time, the results on The resurrection of rust make you wish someone had it. There’s kind of an easy shortcut to the way Costello and Mayes sing together on the six-track EP, but don’t think for a minute that’s a little laid back. They’re serious enough about it that Costello enlisted his group, the Imposters, to be part of The resurrectionwhile Brinsley Schwarz (and later Graham Parker & the Rumour) keyboardist Bob Andrews recreates his Hammond organ and piano parts on the former’s “Surrender to the Rhythm”.

Resurrection passes quickly and easily but makes you pay attention to every second of its 24 minutes. Costello and Mays do faithful, short work of another Schwarz favorite, the soulful “Don’t Lose Your Grip on Love,” while Mayes’ vocals on “I’m Ahead if I Can Quit While I’m Behind” by Jim Ford is a muscular pitfall. The cast is also tight and twangy on a couple of “Everybody Knows This Is Nowhere” and Neil Young’s “Dance, Dance, Dance,” with Costello playing electric violin for the first time on a recording. Of equal interest, meanwhile, are a pair of Rusty originals from notebooks and the odd demo reel that Costello and Mayes have kept from the era. “Warm House” sounds like a Merseybeat-Americana summit reunion, with rich Hollies harmonies and a mandolin break. “Maureen & Sam” is an entirely different matter, an auditory theater drama about an aspiring cabaret act that needs a bit of TLC — and, Costello notes, was the source of his own 1980 “Ghost Train.” .

Resurrection is indeed a curiosity in Costello’s catalog, but a beautiful one. His and Mayes’ investment is audible throughout, and it’s a welcome glimpse – including some vintage photos in the packaging – of the humble but still ambitious roots of the earth-shattering work ahead.

Even with a career spanning over four decades, numerous collaborators and multiple record labels, his discography has had far more hits than misses.