October 17, 2022Written by Catherine A. Rondeau 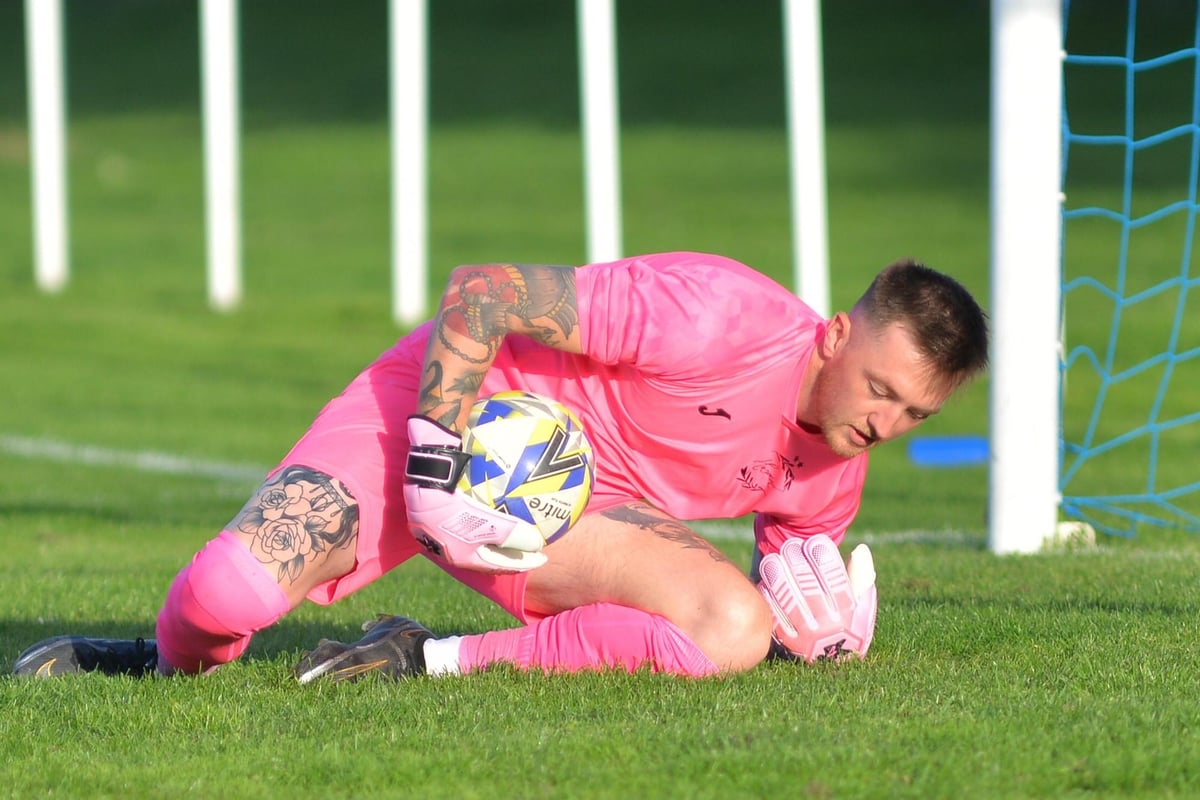 The goalkeeper made two saves before converting the winning penalty at Cockleshell Gardens in a first round tie in the Hampshire Premier League’s George Mason Cup.

It gave Harvest a 6-5 success on penalties after losing a 2-0 lead in regulation, conceding twice in the final 15 minutes.

Harvest had led 1-0 at the break after Meon goalkeeper Craig Mulholland’s attempted pass hit Logan Vickers, the ball bouncing into the net.

Meon made a double change at the interval, bringing in Conor Mansfield and Sam Holt.

Mansfield, Meon’s top scorer last season with 37 and again leading this season with five out of three matches, was returning from injury.

Meon took advantage of the bigger possession after the restart and went close when Holt hit the woodwork from 20 yards out.

It was Harvest who scored again, however, when former Hayling United striker George Rough after being set up by Jay Kane.

Mansfield reduced the backlog in the 75th minute and Meon was level seven minutes later through Holt.

Meon took a 2-1 lead in the shootout when Mulholland prevented Harvest’s second effort from Kane.

Holt had a chance to give the hosts a two-goal advantage but Camburn made their first kick save.

Kane was the first to miss the shootout, before Camburn made his first save. Then Camburn avoided Meon’s second penalty in sudden death before keeping his composure to send Harvest through.

Aran Singh put Meon in the lead with the first sudden death kick, with Harvest leveling. Then came the decisive moment – Camburn saving from Matt Hiscock before stepping in to beat Mulholland and send Harvest through.

Meon is currently third in the log with Infinity second, but the latter is eight points behind leader Hook with four games less.