February 6, 2022Written by Catherine A. Rondeau 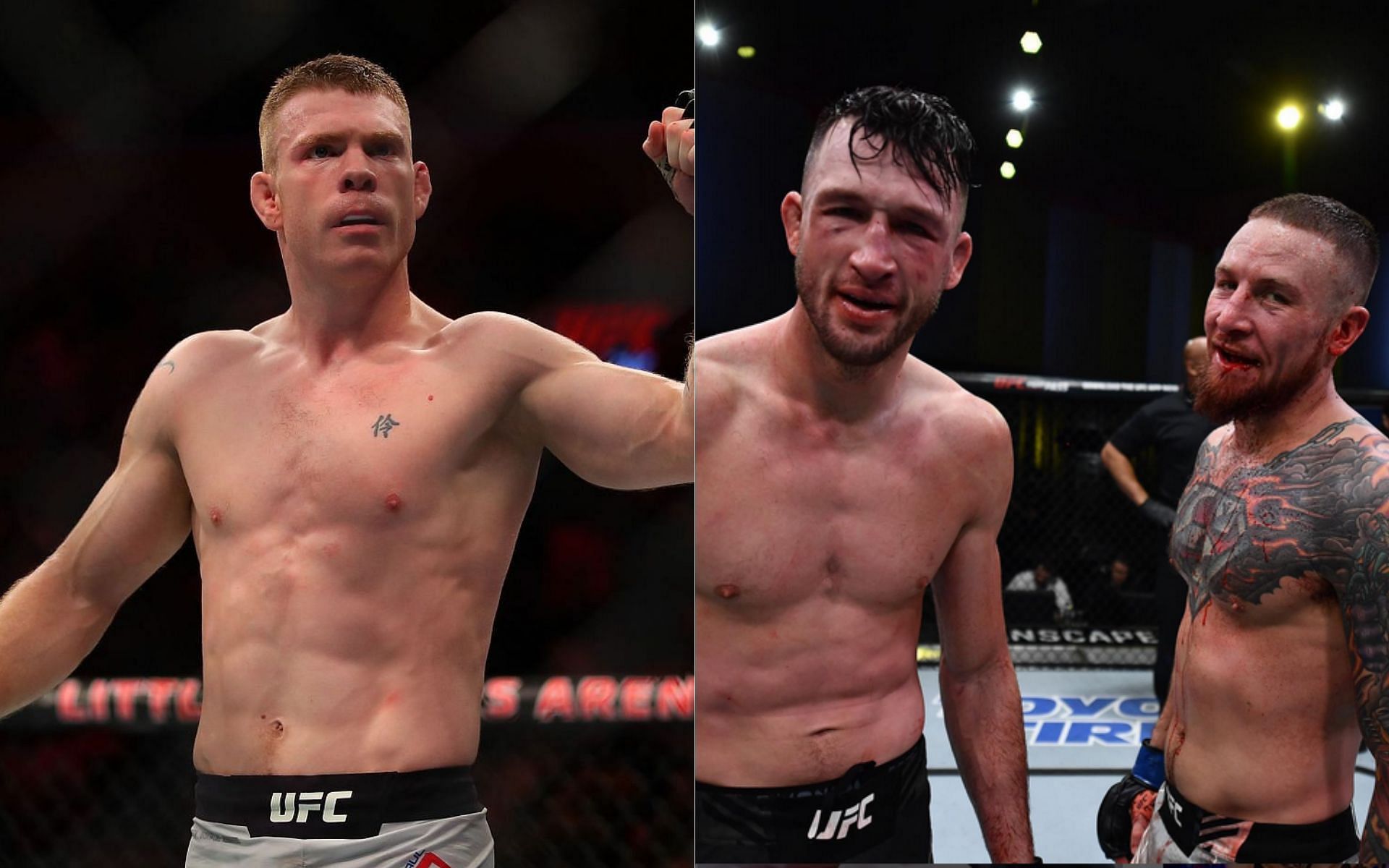 Paul Felder was on commentary duty for the UFC Fight Night: Hermansson vs. Strickland event.

During the event, “The Irish Dragon” posted an image on Twitter that showed a drop of blood on the commentary table. The incident happened during a back-and-forth exchange between Julian Erosa and Steve Peterson on the main card of UFC Fight Night 200.

You can take a look at the picture below:

Erosa and Peterson had a very exciting featherweight fight that lasted all three rounds. In the end, Erosa raised his hand via split decision as all three judges scored the fight 29-28, 29-28 and 29-28 in favor of “Juicy J”.

With the win, Erosa is now on a two-fight UFC winning streak.

Paul Felder has had 15 fights in the UFC

Paul Felder has had an impressive run in the UFC. During his stint in the multi-billion dollar promotion, “The Irish Dragon” competed in 15 fights and was victorious in nine of them. He faced notable fighters like Edson Barboza, Dan Hooker, Mike Perry and former lightweight champion Rafael dos Anjos.

Felder has a win over current lightweight champion Charles Oliviera. Since the loss, “Do Bronx” has gone on to build a very impressive 10-fight winning streak.

In May 2021, Felder announced his retirement from the sport of MMA. “The Irish Dragon” made the statement while working as a commentator at a UFC event. In his speech, the 37-year-old apologized to fighters ranked below him at the time for delaying the lightweight division.

“I always said if I didn’t see a title shot in about a year, I would retire…to save myself. I’m 37, feel very fresh, love the UFC with all my heart for everything they gave me. I’ve fought some of the baddest guys in this division. My apologies for holding up the division to all the guys behind me…it’s not nice to delay the division,” Felder said.

You can watch Paul Felder’s retirement speech below: