December 28, 2021Written by Catherine A. Rondeau 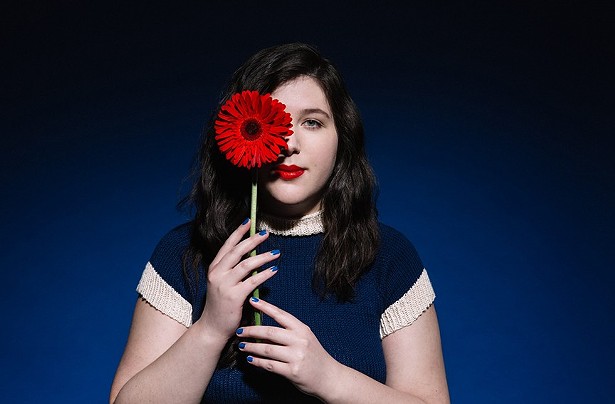 During the stop of COVID-19 tours, I particularly clung to new albums.

As a result, once the shows resumed, seeing recent and upcoming releases unfold before my eyes was like a new kind of magic.

Here are a handful of local album-concert chords that were particularly enchanting.

Show: Sept. 11 at the National

The depth of Lucy Dacus’ music is not only evident in her vivid storytelling or emotional insight; it is also present in the way it inspires multiple ways of listening. The impressive first round. High volume cathartic explosions. Headphones readings in which every word finds its place in your memory, in your life. Miraculously, these modes converge upon seeing Dacus play. Seeing songs from his exceptional album “Home Video” come to life – “Triple Dog Dare” in particular, at the National is not just a highlight of a particular year – it’s unforgettable.

Read more in this Style Weekly cover story about Dacus and his new album.

Show: December 11 at the Broadberry

I bought my tape of “Game Over! EP on the same day in August, he was on the cover of Spotify’s Fresh Finds playlist. This placement started a fire: I needed a tape immediately, before the Plan 9 supplies ran out. Equally inflammatory was Benét’s headliner on December 11 at the Broadberry. His group was tight and dynamic and his mastery of the piece – of the moment – was something to be seen. Being part of an enthusiastic crowd dancing along to “Shoot Your Shot” was like crossing something off my 2021 bucket list.

Learn more about Benét and the show in this Style article.

Matthew E. White was everywhere in 2021. Heading a collaborative LP starring spontaneous wordmaker Lonnie Holley. Deep in a kaleidoscopic groove on his album “K. Bay.” On stage as the first act of this incredible Benét show at the Broadberry. But a special nod to his ensemble opening for Drive-By Truckers at Virginia Credit Union LIVE! The arrangement was an adventure in itself; White was flanked by a brilliant keyboard with Daniel Clarke to the left of the stage and DJ Harrison to the right. The takeoff during “Hedged In Darkness” was euphoric , turning a then-unreleased track from “K. Bay” into an instant favorite.

Learn more about White and Holley’s project in this Style Weekly article.

Show: July 20 in the darkroom of the Hofheimer building

At only six songs, Curt Sydnor’s 2021 album “The Consort” is brimming with inventiveness. Remarkably, this is just one of three releases he’s shared in a year, each bursting with their own mix of brilliance. I had to see for myself. Being in the darkroom and watching Sydnor at the Keys articulate ideas from all corners of the musical universe was like finding the piece that connects two partially completed regions of a puzzle. I needed something that seemed magical to come true, and with the help of bassist Cameron Ralston, drummer Scott Clark and singer Laura Ann Singh, it did.

Learn more about Curt Sydnor in this Style Weekly article on his return to Central Virginia.

Justin Golden’s performance at the Richmond Folk Festival under the Virginia Folklife tent was a revelation. Backed by The Come Up (Lance Kohler on drums, Chip Hale on bass, Tyler Meacham on keyboards and Nate Hubbard on guitar), the blues singer-songwriter and fingerstyle guitarist from Richmond mixed up the new debut songs with familiar favorites like “Arm’s Length”, “which earned her a standing ovation from those lucky enough to grab a folding chair. However, Golden has not finished surprising fans. A month later, without warning, he released a four song EP titled “Idle Hands” which includes “Arm’s Length” and the hit single “It Ain’t Much”.