MICHAEL SCHENKER on the 50th anniversary of SCORPIONS’ Lonesome Crow album – “‘In Search Of The Peace Of Mind’ was the first song I had ever written; I remember the solo came out of nowhere “ Vinyl Writer Music’s Andrew Daly recently sat down with guitar legend Michael Schenker for an interview spanning his entire career. Here is an excerpt from the in-depth discussion.

Andrew: I wanted to go back a bit and talk about history. As you probably know, this year marks the 50th anniversary of the Scorpions’ Lonesome Crow. What do you remember from the recording of this particular album?

Michael: “It was my first recording, and it was also Scorpions’ first album. I was fifteen when we recorded this album, and ‘In Search Of The Peace Of Mind’ was the first song I wrote. I remember one particular solo came out of nowhere, and I still really like that solo to this day. For the rest of the album, you can hear that I’m developing and that I don’t. I hadn’t found my full sound yet, but it was still a lot of fun for me at that age. It was my first time in the studio, and it was amazing to hear what we did later. I still remember when the album was recorded and pressed, and I actually had the physical album in my hands and I heard it coming through the radio, it was really something to experience that. recording a few weeks earlier, I remembered where I was, and that experience is one I will never forget.

Andrew: How would you best describe your impact on Scorpios? Especially since you were so young.

Michael: “Well, I was always focused on the music first, so even at a young age I focused. I thought drummer Wolfgang Dziony and bassist Lothar Heimberg were absolutely amazing German musicians . With what we had to work with in Germany, they were really good. I really liked the drums and the bass and of course the vocals of Klaus Meine, I liked that too. In general, it was a great sample, but the problem was that everything was going too slow for me Rudolph (Schenker) barely knew how to play the guitar, and that really depressed us during the sessions, and with this album, even though I was fifteen years, and I had to do everything with the guitars, I had to be very patient, and I tried to teach Rudolph, but it was slow and he didn’t understand. I had to move on because I wanted to go somewhere where people understood, knew what I was doing and where it all came from. Why did I go to England, and once I got there, and joined UFO, everything went really fast and it was non-stop p. We had a lot of company, we had the audience and we had the people who liked the music, it was all in London and we started touring straight away. So England was the place where I didn’t have to hold anyone’s hand, and everything was developing to my liking.”

Lonesome Crow is the Scorpions’ only album with Michael Schenker. He soon left after recording to join UFO and was replaced by Uli Jon Roth. Schenker would, however, join briefly while recording and touring Lovedrive in 1979.

MSG (Michael Schenker Group) have released their new album, Universal, via Atomic Fire Records. To celebrate, the group shared a lyric video for the song “Under Attack.” Look below. 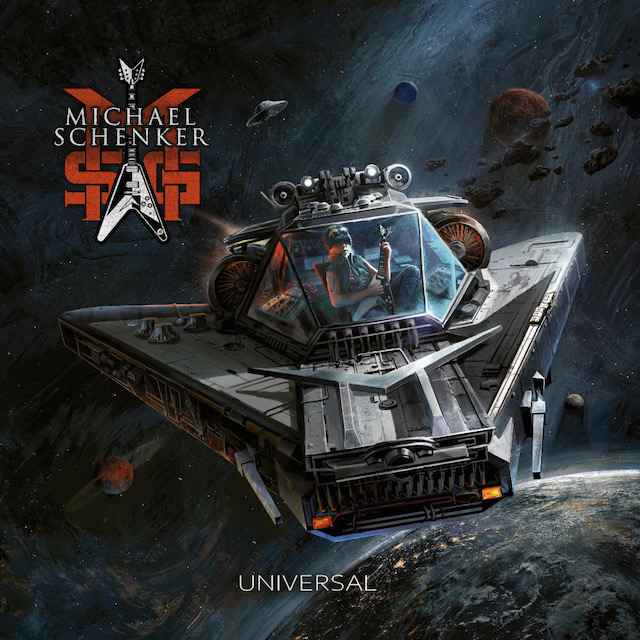 “A King Has Gone” Lyric Video:

To celebrate its latest MSG album, Universal, as well as its 50th recording anniversary, MSG will embark on an extensive US tour this fall. The trek will take place from September 27 to November 6. See all confirmed dates below. 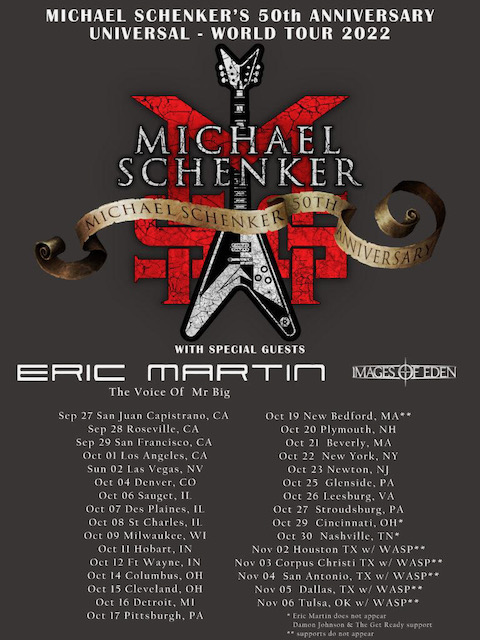