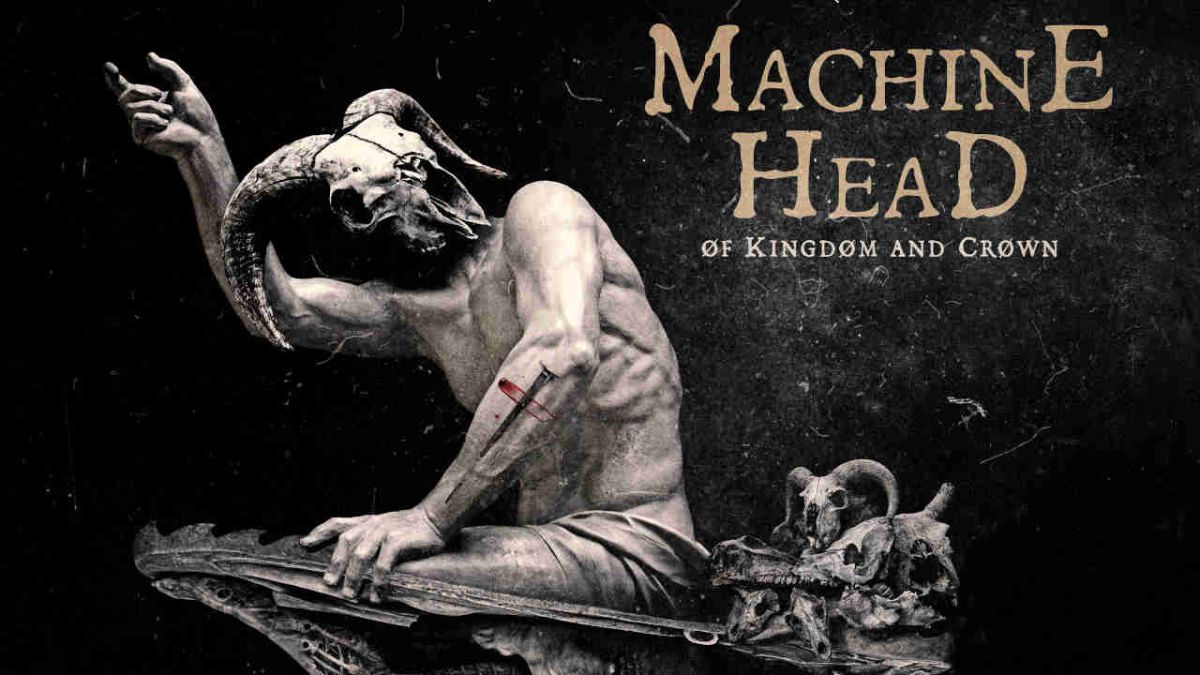 On the one hand, it’s a credit to Machine Head that you walk into their 10th studio album with no idea what you’re about to get. On the other hand, there’s a sense that their diverse musical experiences and continued cast of members have resulted in a pretty lopsided musical output over the past decade. Robb Flynn and co have proven they can dip their toes into other genres, and while they might be a decent rap metal band, an adequate rock radio outfit, and a reasonable folk punk collective, it’s fair to to say the only thing they are world class is groovy, tightly wound, tornadoes of riffs and fury, and classic, thrash, heavy metal majesty.

Don’t apologize for hoping that Of the kingdom and the crown would see the group lean completely into the famous style of Blackening. It’s also worth mentioning that this is Machine Head’s first attempt at the notoriously tricky concept album, with an intertwining story of two men: a murderer and the lover of one of his victims. Imagine the relief, then, when opens Massacre the martyr exceeds 10 minutes and sounds exactly like all elements of Prime Machine Head. Even better is that it is followed by Smother the ashes of your hatereminiscent of the most frantic tracks from the first album burn my eyes, and features an incredible and breathtaking solo from new guitarist Wacław ‘Vogg’ Kiełtyka. Vogg and session drummer Navene Koperweiss – formerly of Animals As Leaders – make impressive debuts here, the latter pounding his kit relentlessly on the brutal Become the firestorm. Having been written off by many following the 2018 split Catharsiseverything so far looks like the work of a band that has a point to prove.

After this furious opening, the group opts for a more epic and grandiose atmosphere. My hands are empty is a moving and anguished statement and Kill your enemies is an intense, mid-paced stomper full of propelling grooves. As good as all of this is, it’s not quite a perfect return to form. A slight adjustment could have streamlined the exhaustive length of the album and the chorus of the excellent Neither gods nor masters is one of the few anthemic moments that doesn’t grip you as firmly as Machine Head at its best. But, at this point in their career, with songs like the beautifully meaty, groove-packed Bloodshot and Rotten more the norm than the exception on this record, it’s safe to say that Machine Fucking Head is back. Of the kingdom and the crown sounds like an essential part of their canon. Machine Head wasn’t entirely broken, but they fixed them anyway.