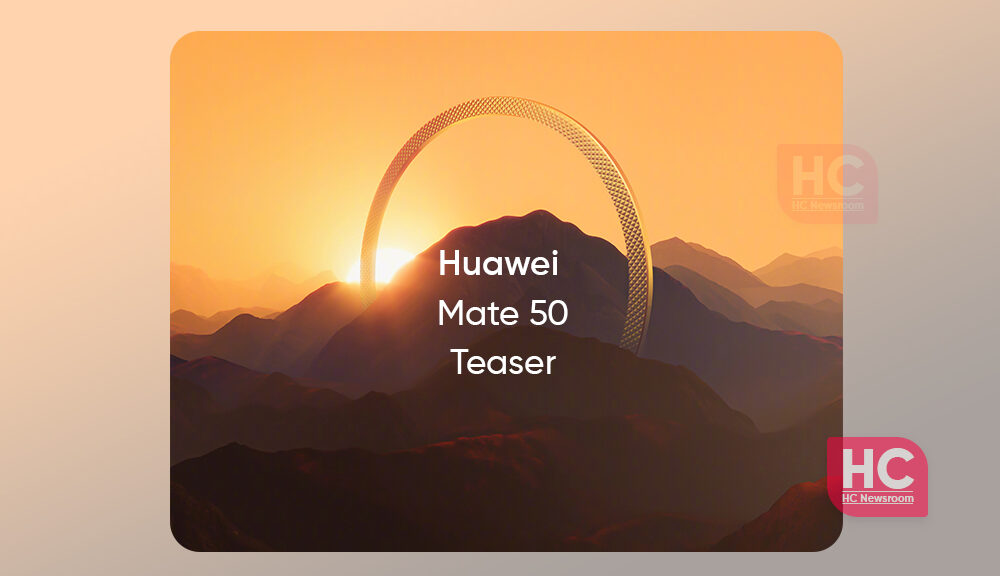 Huawei has announced that the Mate 50 series will launch on September 6 and there’s a teaser image we want to explore for now.

According to the image, Huawei showed us a giant ring that covers the mountains with a fantastic sunrise view. Huawei also shared some taglines with this new teaser image, claiming that this launch will take place during the fall conference.

However, the latest teaser image does not reveal much on the ground regarding the Huawei Mate 50 series at the moment on the official channels. Still, Huawei Consumers Business Group CEO Richard Yu mentioned that the smartphone lineup will be made up of new technologies.

Currently, Huawei has been keeping the launch details secret, but the unveil date was the most speculated information we’ve been waiting for for months and now it’s finally here.

The Huawei Mate 50 would be available in three models, including the basic version, Pro and RS Porsche Design. These phones have flat and curved screens. However, this main change in the display comes as the notch in the Pro models.

Moreover, the phones will be equipped with the latest Qualcomm Snapdragon 8 series processor. On the other hand, it will bring a new camera imaging system powered by XMAGE. Huawei launched this new camera technology after it split from Leica. However, it looks like the Chinese tech giant has been developing XMAGE for quite some time.

Reports also reveal that the Huawei Mate 50 series has already met all the certifications required to appear among consumers, leading us to a perfect September 6 launch date and a fight with the iPhone 14 series.