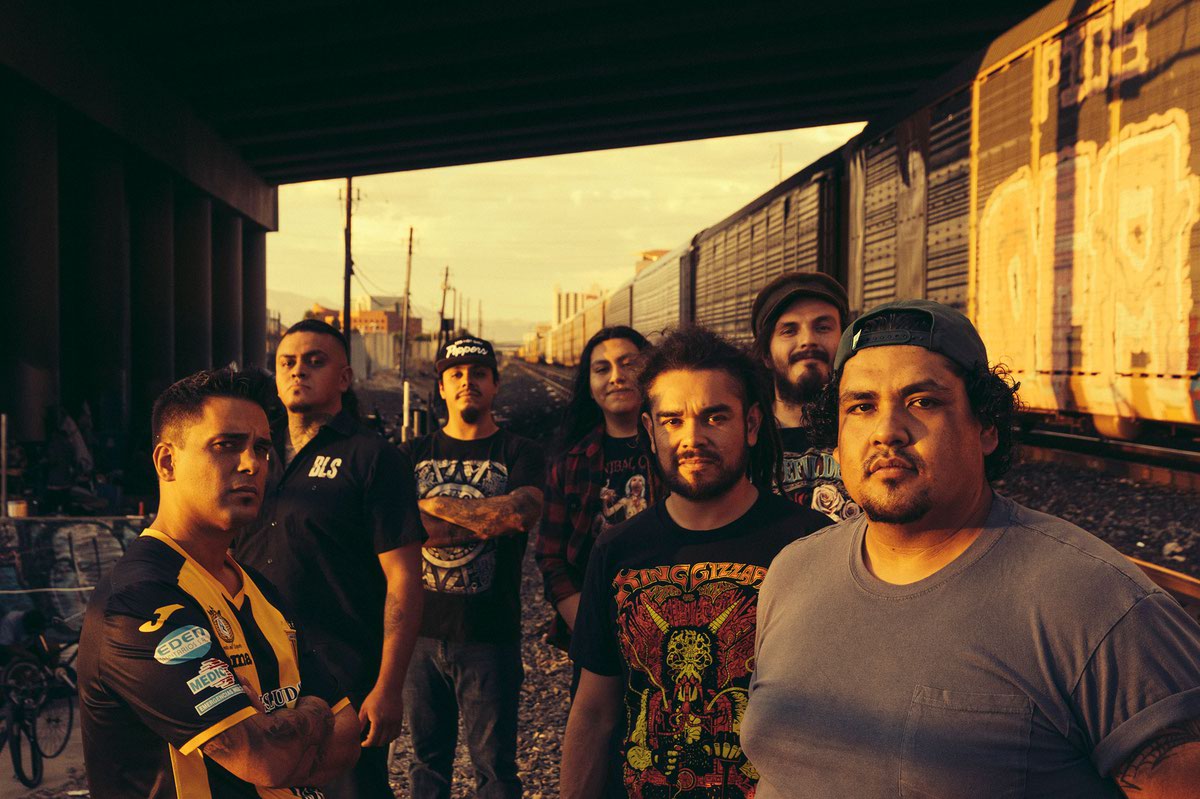 Carlos Flores has been managing and performing with Los Ataskados for eight years, but his Las Vegas band never released an album…until this month. Why now?

After attending countless generator-powered house parties, moshpits and desert shows with the original Ataskados, who broke up in 2019, Flores regrets not having something permanent to document in this era. “Since the old band broke up, we haven’t really released anything,” he says, looking around at his current bandmates. “We wanted to leave something behind.

Agreeing with rhythm guitarist Tommy Nicholson, “It’s something we’re doing right now that I wanted to keep forever. “Like, let’s put a time capsule on it and record that period of time.”

Recorded by Nicholson’s Good Girlfriend Records during the pandemic shutdown – which hit shortly after the band found a foothold behind their new members –Redemption is a carousel of ska, punk and cumbia layered over Flores’ adventurous vocals. The self-proclaimed “psyskadelic” band will perform the new material at an album release party at Space on August 26.

Lead guitarist Saul Najera says the fusion of diverse styles and backgrounds has left Los Ataskados a more “relatable” product than the ska niche, or any genre on its own, could offer. “We wanted to showcase all different backgrounds – funk, metal, ska,” he says of the members, who hail from Vegas, Anaheim and Mexico.

The same could be said of single “Envy,” which is about “staying in your lane and having fun with it,” says Flores. “It’s not speaking ill of anyone.” The band filmed a new music video for the song at Broadacres Marketplace, a setting that encompasses the band’s range of influences.

“There’s a lot of people who go there for different kinds of music, punk rockers, people who listen to banda music… Some people were looking at us like, ‘What the fuck are you guys doing?’ Some people liked him,” says Flores. “And that’s the image I wanted to achieve – to put myself between people.”

The reviews were also a motivator to record an album, Najera says, recalling the first show he performed with Flores in the fall of 2019. “There were people in the crowd who were booing,” he says . “It was just more motivating, in the sense of, ‘OK, now I really want to be a beast in this type of music.'”

The metallic chords of the single’s opener “Sin Fronteras” (“No Borders”) are eerily layered over the tinkling melody of a carnival organ. Sung in Spanish, the song is an indictment of the United States immigration system and the separation of children.

Backed by a reggae beat and trumpet, the soulful poem in “Love Note” praises the end of a relationship. “Mota Man” evokes an upbeat moshpit ska and tells a story of working to survive.

“Saul had to learn to play ska… Like, this guy rocks on guitar and metal and everything. But just plain ska takes time,” Mendez says.

“I had to learn a whole new approach to music,” says Najera. “And it was fucking awesome.”

The group gained momentum from late 2019 to early 2020, booking their own shows. Just as Los Ataskados were set to play Skaland Festival in Los Angeles in March 2020, however, the show was canceled due to COVID-19.

But where one door closes, another opens. “We have a small DIY home studio setup…and we had a lot of free time, because the wheels weren’t turning in the world,” says Nicholson. “We spent about nine months recording.”

Los Ataskados aren’t about to let all that newfound energy go to waste. The group intends to gather more footage for another music video during the August 26 show and are working on several new singles to be released before the end of the year.

Click HERE to subscribe for free to Weekly Fix, the digital edition of Las Vegas Weekly! Stay up to date with the latest Las Vegas concerts, shows, restaurants, bars and more, delivered straight to your inbox!