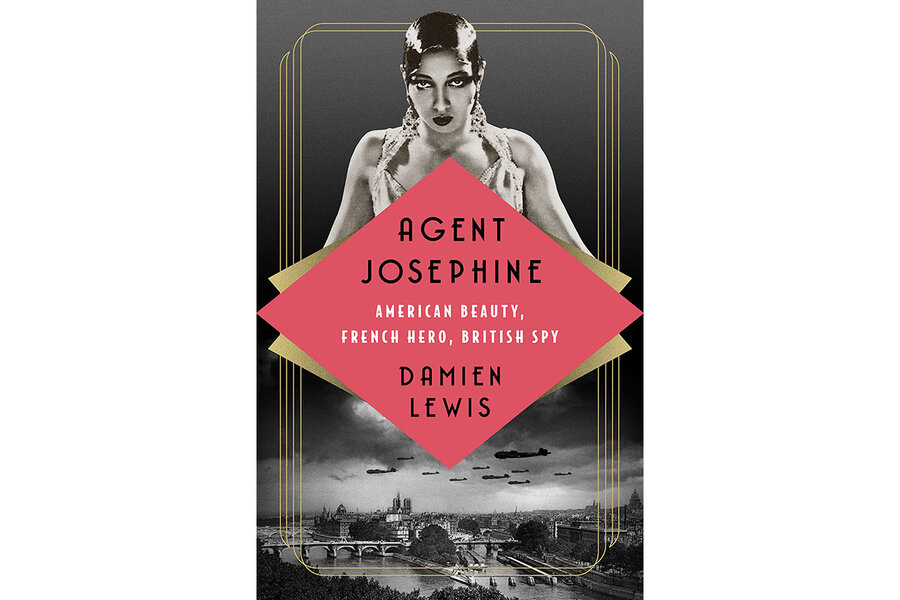 Josephine Baker was one of the most famous women of her time, so it may seem incongruous that the glamorous diva was also a valuable spy for the Allies during World War II. In the riveting “Agent Josephine: American Beauty, French Hero, British Spy,” Damien Lewis shines a light on the performer’s remarkable espionage work, demonstrating that Baker’s worldwide fame often provided the perfect cover for his clandestine activities. perilous.

Baker, whose grandmother was born into slavery in Arkansas, grew up poor in St. Louis. She began her career in show business in New York, but realizing that a black woman in America could only go so far, she sailed for France in 1925 at the age of 19. She fell in love with the country, and the feeling was mutual. . Baker quickly became famous in the Parisian cabaret scene for her sultry songs and dances. She rubbed shoulders with Ernest Hemingway and Pablo Picasso and was known to walk the streets of the city with her pet cheetah on the end of a diamond-studded leash.

Lewis, a WWII journalist and historian, focuses “Agent Josephine” on the war years. In fast-paced, cinematic prose, he describes Baker’s recruitment by Jacques Abtey, a French intelligence officer who was at first skeptical of the star’s usefulness to the cause. After all, she was a woman in a male-dominated environment, she was famous where secrecy was paramount, and she wasn’t even French. But Baker quickly won him over, convincing Abtey of his love for France and his antipathy towards the Nazis. The two worked together throughout the war, eventually becoming involved in what Lewis calls an “intense and tumultuous affair”.

Abtey and Baker’s other managers quickly realized his connections and fame could work in their favor. Baker had visited Italy and befriended several Italian diplomats. His first assignment, before the fall of France in 1940, was to help determine if Italian dictator Benito Mussolini was considering making a pact with Adolf Hitler. Next, she was instructed to use her close friendship with the wife of the Japanese ambassador to France to confirm that Japan also intended to ally with Germany.

After the Nazis occupied Paris, Baker decamped to her country castle, Milandes, where she rounded up Resistance fighters, stashed weapons, and hid a number of Jewish refugees. In October 1940, she left France under the pretext of going on tour. With Abtey assuming the identity of his tour manager, the two smuggled valuable documents and photographs out of the country and into neutral Portugal. As Lewis writes, a performer “of her rank would travel with bulky luggage, which would be filled with touring costumes, make-up and her musical scores – perfect for concealing secret information”. From there, the information was sent to Britain’s Secret Intelligence Service in London. Baker would repeatedly use this pipeline.

Eventually, however, her outspoken anti-fascist views aroused suspicion, and she was no longer safe in Vichy France. In early 1941, she and Abtey, along with her large menagerie of animals, fled to Algiers. They continued their intelligence gathering from French North Africa, providing information on tides, beaches, and enemy defenses in the region prior to November 1942’s Operation Torch, the successful Allied landings in Morocco and Algeria. Baker has been seriously ill for months and his hospital room in Casablanca has become a safe place where agents can meet and exchange information under the guise of visiting the ailing star.

After his recovery, Baker maintained a relentless touring schedule to entertain Allied troops. When she played for the Americans, her only stipulation was that black and white GIs would sit together. She was acutely aware of the inherent contradictions of Americans fighting for freedom with a segregated military.

Baker’s courage and commitment are unquestionable, but in Lewis’s hands she seems too holy, making her a somewhat one-dimensional portrayal. (Previous biographers have sketched a more complex portrait of the star.) Plus, the author’s language can be overworked.

These shortcomings may have to do with the fact that Baker’s own feelings about his wartime service remain inscrutable; she didn’t reveal much publicly about this period before her death in 1975. Even so, the facts alone make for an extraordinary story. Last year, Baker was inducted into the Pantheon, the tomb of French heroes, the first American and the first black woman to receive the country’s highest honor. Clearly, his story continues to inspire.