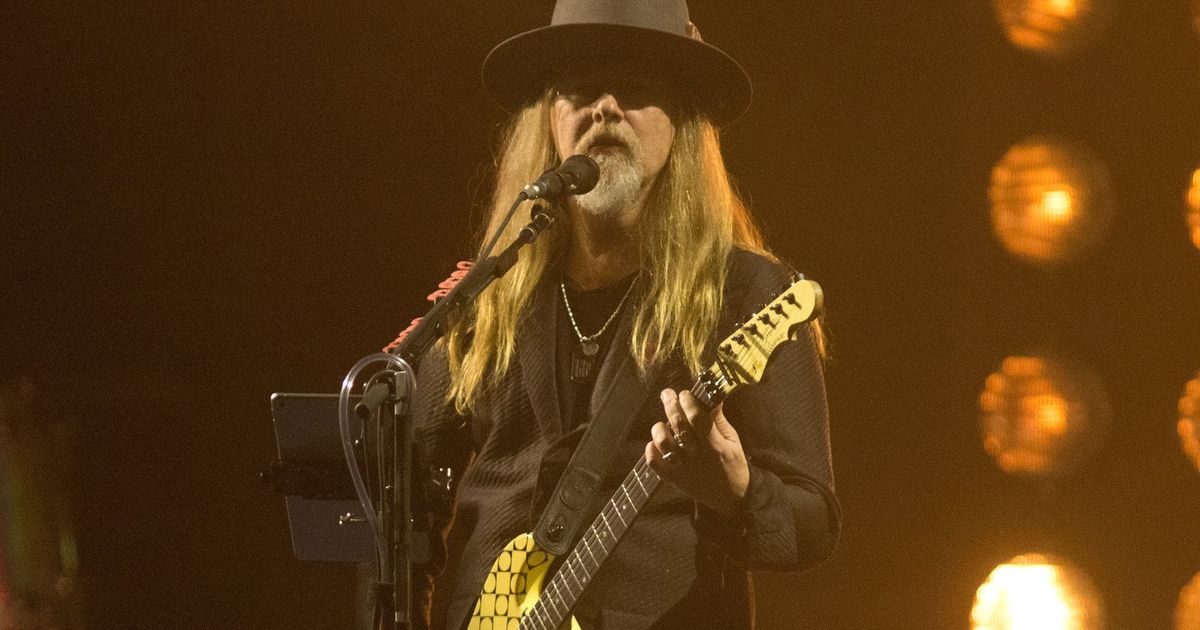 When the pandemic hit with full force in March 2020, Alice in Chains founding member Jerry Cantrell had already completed the foundation tracks for his new solo album, “Brighten.” And he knew he would probably have a long wait before he could come out and tour behind the album.

“We knew the call was coming and we were watching the news to see what the CDC was saying,” Cantrell recalled. “We pushed him [recording] up the line and ended the day before the stay-at-home order.

The pandemic has given Cantrell the opportunity to bring in several outside musicians to add parts to “Brighten,” and he feels the album has gained additional depth and layers thanks to contributions from musical guests such as Abe. Laboriel Jr. (drummer for Paul McCartney), Vincent Jones (keyboards) and Duff McKagan (bassist for Guns N’ Roses).

But finally, some 25 months later, “Brighten” was released and Cantrell hit the road. In what is shaping up to be a busy year, he will join Alice in Chains from August through early October on a bill completed by Breaking Benjamin and Bush. But first he will jump for a string of solo dates that includes a May 2 show at the Moore Theater.

The existential pause button that was pressed when COVID-19 took over the planet in March 2020 turned out to be a double-edged sword for musicians everywhere. And while it was admittedly a challenge for Cantrell, the Tacoma native instead went on to complete not only last year’s “Brighten” — his third solo album – but went so far as to make it the first project he did independently without the help of a major label.

Arriving in a compact, shifting 40 minutes, “Brighten” benefits from Cantrell’s songwriting chops that elevate its musicianship beyond its already formidable guitar playing. Among the gems that pop up is “Had to Know,” an epic jam that unfolds over a combination of organ tracks, layered vocals, and cascading riffs that give it the kind of cinematic sweep you’ve come to expect. a movie buff who is outspoken about his love for Ennio Morricone and Sergio Leone. Elsewhere, Cantrell brings unexpected nuances like pedal steel to earworms like the atmospheric “Prism of Doubt” and the peppy cynicism of “Black Hearts and Evil Done.” As a lifelong fan of Elton John since childhood, Cantrell got the personal stamp of approval for including a cover of the classic “Goodbye,” which is handled with a brilliant balance of emotion, subtlety, and perfect string arrangements.

“Every record that I’ve been on is a snapshot or a period of time, not just in my life, but also in the people I’m on this journey with and going through this process with,” Cantrell said. “It’s saved for posterity and once you get that thing out of your hands, it’s there permanently. You better be okay with that if you turn it off.

With his latest project out in the world, Cantrell is ready to shake off the rust while getting back into live music mode.

“I sat on my couch too long,” he said with a chuckle. “I didn’t catch COVID-19, but I did catch COVID-20 and I’m trying to resolve it. I have to get up there, sweat a little and remember that I play guitar in a band. So we’re going to play a bunch of that record and a lot of “Boggy Depot” (his first solo album from 1998). We’ll be playing stuff from all phases of my writing career. I’ve had the chance to write for a while and write songs that have touched some people and I’m aware of that. If I show up, and some of them want to hear me play them, I’ll do it.

Dave Gil deRubio
is a freelance arts and entertainment writer.