Is it “Ghost of Kyiv”? Ukraine shares image of pilot ‘flying for soul’ of Russian ‘villain’, World News 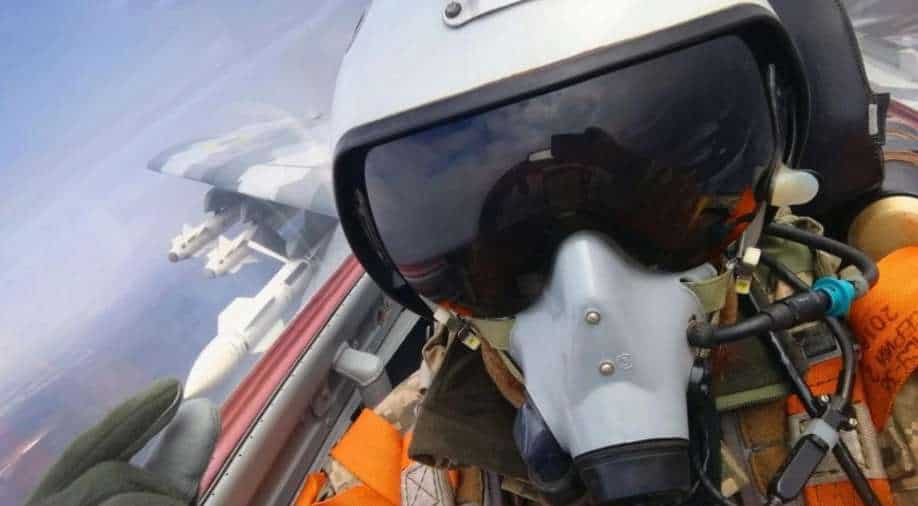 Disclaimer: A number of claims and counterclaims are being made about the Ukraine-Russia conflict on the ground and online. Although WION takes great care to accurately report this developing news, we cannot independently verify the authenticity of all statements, photos and videos.

The General Staff of the Armed Forces of Ukraine shared an image of a pilot wearing a black visor and oxygen mask, who appears to be in the cockpit of his MiG-29 fighter jet.

The pilot in the image is said to be the same “Ghost of Kyiv”, the Ukrainian pilot believed to be a myth. Reports claimed he shot down at least ten Russian aircraft during the Russian-Ukrainian conflict.

Amid the escalating crisis, he quickly became a symbol of the resistance after stories of his bravery emerged during Moscow’s “military operation” in Ukraine.

In the Facebook post, the Ukrainian Armed Forces General Staff wrote: “‘Hello bad Russian, I come to get your soul!’ – the Phantom of Kiev.”

Details, image specs and the identity of the pilot have not been revealed as the photo just shows a person in the cockpit of a fighter jet with his face completely covered in a black visor and an oxygen mask. ‘Ghost of Kyiv’ is written on the left side of the image.

READ ALSO | ‘Keep him from being killed or captured’: Zelensky appeals to mothers of Russian soldiers

The situation in Ukraine is deteriorating day by day with reports of multiple casualties and massive loss of property due to Russian shelling.

The conflict has also led to a refugee crisis as people leave Ukrainian cities to save their lives.

So far, Ukraine has successfully resisted the Russian invasion and claimed to have killed many Russian soldiers. During the conflict, Ukraine also said it shot down several Russian planes.

According to intelligence reports, Russia had nearly 1,200 combat aircraft before the outbreak of hostilities. In contrast, Ukraine had only 124. There is no official statement on the current status and number of aircraft on both sides.

Prior to Russia’s invasion of Ukraine, US intelligence predicted a blistering assault from Moscow that would quickly mobilize the vast Russian air power its army had mustered to dominate the Ukrainian skies.

But so far, the world has seen Moscow move much more delicately with its air power, so much so that US officials cannot explain exactly what is driving Russia’s apparent risk-averse behavior.