November 17, 2021Written by Catherine A. Rondeau 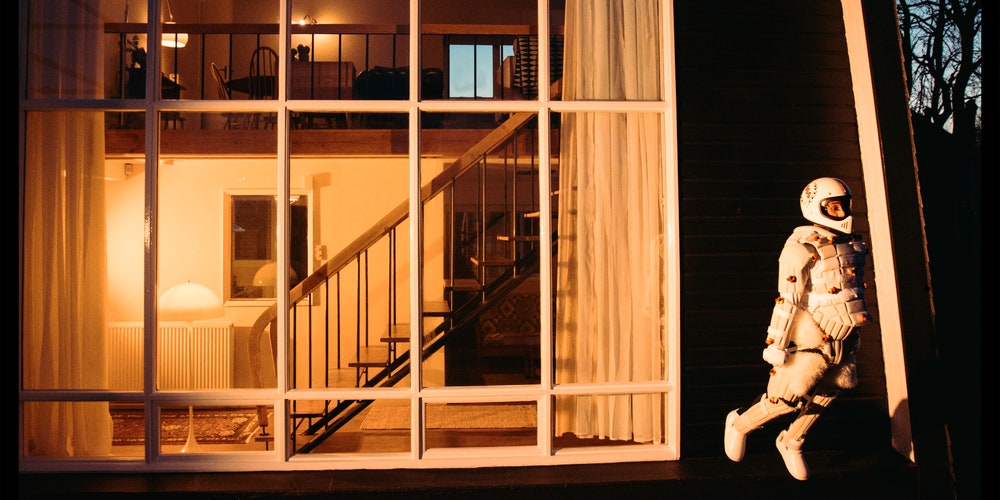 Whether you thought about the 2020 Idles album Ultra mono to be a voice of righteous rage and reason in the era of Trump and Brexit, or just more haughty and busy hashtag activism for people who smugly share Occupy Democrats memes on Facebook, there’s one thing we can all agree on: her album cover was perfect. The image of a poor dude getting crushed by a hot pink drop was both an accurate portrayal of this band’s brutal posi-punk strength and an apt metaphor for lyrics that are often so pungent they are touchy. to crush your face. After all, this is a band whose lead singer doesn’t just wear their heart on their sleeve, they have it tattooed as one.

Ultra monoThe No.1 debut on the UK charts has propelled Idles from the top of the crowdsurfers to the top of the overflowing circle that is the current British post-post-post-punk scene, but the Bristol band truly belongs to a richer lineage. . Slows are to 2020s DIY-core what Clashes were to punk, what U2 was to 80s post-punk, and what Pearl Jam was to grunge – serious, ambitious idealists whose credentials are constantly being challenged. question. And in Strummer / Bono / Vedder fashion, frontman Joe Talbot is likely to pull the neck further than Idles’ more cryptically cantankerous peers, even at the risk of landing in a guillotine. However, unlike these spiritual ancestors, Idles can be overwhelmed with a self-awareness that borders on self-destruction. At Ultra mono, Talbot has devoted a good deal of lyrical real estate to baiting his enemies: “How do you like those clichés,” he snorted on “Mr. Motivator,” after spouting a series of exaggerated lines about his bravado unlimited and shattering for the system. Responding to accusations of “slogans” with even more slogans, however ironic, turned out to be less of a defense strategy than a self-fulfilling prophecy.

Yes Ultra mono felt like the job of someone who spent a little too much time reading their own press, Crawling, the band’s fourth album, sounds like they really take it into account. The shots have been aimed frequently at the Idles in the past – that their politics seem performative; that their hoarse-throated throttle is also, well, ultra-mono – not so easily leveled here. The motorik engine of the group is still in good working order, but Crawling uses it to explore wider musical ground, while Talbot toned down broad-stroke bromides, abandoning class wars for psychological drama. Essentially, Crawling is like the dark origin story of a blockbuster, crowd-pleasing franchise, providing greater context for transformative events – namely, its battle with addiction and the near-fatal car crash meaning its nadir – who ultimately turned Talbot into life’s most voracious modern post-punk coach.

Slowdowns are no stranger to getting personal, but even their most sensitive and introspective moments have traditionally been delivered with the same porcelain shop bull assault and lack of subtlety as their protest rockers. Crawling, on the other hand, immediately presents himself as a different beast with “MTT 420 RR”, where Talbot calmly recites the gruesome details of the aforementioned vehicle crash as if reliving the moment of impact in slow motion. The tune of impending doom is compounded by an eerie, synth buzzing atmosphere reminiscent of the Bad Seeds’ recent shift to ambient ultraviolet soundscapes, with the loose rhythm provided by a tinkling sound that suggests someone groping drunk for look for his car keys. Of course, when Talbot ominously sings “Are you ready for the storm?” Even when they hang out with “The Wheel,” however, they sound like a band that has changed: the catharsis of the raised fist of yesteryear has been replaced with a more menacing, desperate energy that permeates the song’s grim narrative on it. intergenerational alcoholism, as a bass player. Adam Devonshire punctuates each chorus with a buzzing chord that rings like the bell ringing on an apocalyptic clock.

Crawling Continues Idles’ unlikely alliance with rap producer Kenny Beats, who helped with drum lineup Ultra mono but this time assumes a more central role behind the boards with guitarist Mark Bowen. Together, they arrive at a more brutally minimalist but more evocative sound. Sharing the difference between grimy dub and dubby grime, “Car Crash” returns to the album opening scene but rewinds the tape to get us into Talbot’s detuned radio mind as he gets behind the wheel, drunk. of its own delusional omnipotence as much as any substance. And while Talbot said Idles was “not a fucking punk band,” Crawling finally provides him with evidence to justify the claim: where this group has already covered a song by Solomon Burke and made it sound like the birthday party, on “The Beachland Ballroom”, named after the concert hall from Cleveland, the group sincerely embraces the role of early ’60s prom performers, delivering a slow, moving dance where Talbot channels the self-flagellating romanticism of another Ohio institution, Greg Dulli. But even that sharp left turn seems minor compared to “Progress,” a feverish-dreamed industrial folk song apparently broadcast from the darkest hours of Talbot’s addiction, uncomfortably numb to the point where he no longer feels the difference between happiness and sadness.

For all these experimental impulses, Crawling ultimately turns out to be more of a transition album than a wholesale reinvention, and it’s not entirely clear if Idles has the power to go all the way. Child A: The revealing “Progress” is immediately answered by the 30-second hardcore piledriver “Wizz”, which is less of a song than a gag reflex. A good part of Crawling remains indebted to Idles’ patented hypno-punk propulsion, a formula that can still deliver thrilling, festival-ready rave-ups (“The New Sensation”). However, by the time we reach the vigorous but hookless ‘King Snake’ it feels like they are operating on autopilot. So it’s a relief to hear the wheels fall on the fence grunge growl of “The End,” which sounds like Idles tumbling down an endless spiral staircase. As always, Talbot sees the silver lining in a shitty world: “Despite everything,” he yells, “life is good. It’s precisely the kind of heartwarming, simplistic platitude that Talbot just can’t help but indulge in, the post-punk equivalent of a “Live, Laugh, Love” poster. Indeed, Talbot always asks, “How do you like these shots? But this time, he doesn’t say it so much for his amusement as for his rehabilitation: at the end of a record that documents his journey from trauma to triumph, the moment reminds us that clichés are clichés because they are true.

(Pitchfork earns a commission on purchases made through affiliate links on our site.)

Catch up with every Saturday with 10 of our top rated albums of the week. Sign up for the 10 to Hear newsletter here.