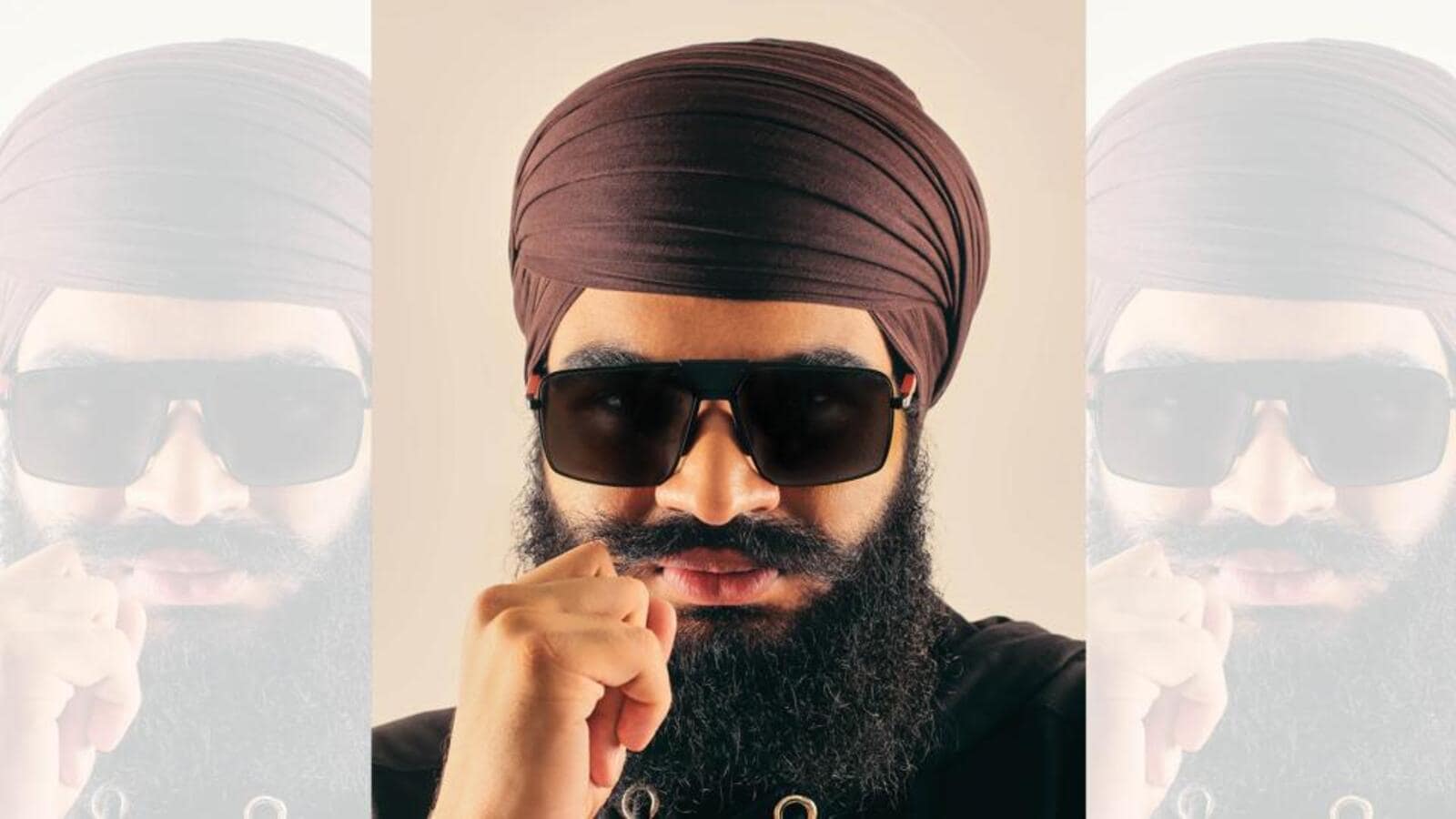 As I sit down to write this cover story in the last week of May, I go back to this time last year. India was in the throes of the emotionally draining second wave of Covid and shortages of oxygen cylinders, lack of hospital beds and images of people dying in cars while waiting for medical help were front-page news.

Even millennials on social media, usually unperturbed by real-world events, had taken a break. Instagram stories were filled with reposts asking for help getting beds, oxygen, concentrators and more.

In the midst of this chaos, a face rose that became a beacon of hope. A pleasant-faced young Sikh representing the Hemkunt Foundation became the video to stop scrolling, turn up the volume, listen and ponder.

“What can we do to help?” his words forced us to reflect. “I’m sitting masked at home; how come this young man organizes Covid camps and equips them with oxygen bottles? Isn’t he afraid of getting sick?

Meet the inspirer of many such emotions (and other actions that followed), whose relentless positivity helped many of us navigate through dark times and whose hard work saved hundreds of lives. .

The Gurgaon-born and raised boy is a turn-of-the-century youngster and comes from the family that started the Hemkunt Foundation in 2010, which is based on the Sikh principle of seva (service to society). Harteerath is appointed Community Development Officer.

“It’s not one, but two years for us. We have been working since the Janta curfew in 2020,” Harteerath tells us. “We have touched 4,00,000 lives in over 21 states in India. I’m not sure we were able to process everything we did. And then, of course, there were adverse consequences on our mental health. »

Please note that Harteerath does not blow its own trumpet. Anyone who has seen the foundation work selflessly through the darkest times many of us have ever seen knows that the heart of the organization, and that of our hero, Harteerath, is firmly in place.

“I’m here because of the community. I was raised in a way where serving others is a priority,” Harteerath tells us. “Show people how to live their life, as if you were told how to die. And die in such a way that people will remember you for your inheritance. This is actually written in the verses of the Guru Granth Sahib. Thus, all credit for the work we do goes to our culture and the way we were brought up When I was a child I was told to maro pocha (clean the floors) in the Gurudwara, and I would ask my father why he was making me do this. Now I know!”

Harteerath has many stories of generosity and love to share from the tough times of the past year. “When we set up a makeshift office inside a shipping container near our oxygen center, one of our volunteers removed an air conditioner that had been installed in his home, brought it to us and said: “What’s the point of sitting in the heat?? Who does that, right?” Harteerath asks, beaming at the display and idea of ​​human kindness.

Seeing the work of the foundation, several celebrities, NRIs and industrialists volunteered to help, but the incident Harteerath remembers best involves a motorist.

“A rickshaw driver came into our oxygen therapy center and we gave him oxygen as we would any other patient. He stayed for five days and we realized later that he did this because he had nowhere to go. He earned nothing, and the food and care we provided became his support during his recovery.

“That’s not where the story ends. A few days after his release, this same bhaiya car driver, who was extremely poor and living hand-to-mouth, came with a group of friends and two auto rickshaws full of amenities for the center. He brought bananas, mineral water bottles, coconut water and more. He made our volunteers realize that they don’t have time to eat a good meal during the day, so the bananas would help. “You will be able to serve more people if you take care of yourself,” he told us. I was crying. He also wanted to do seva,” Harteerath says. “We not only saved his life, we also instilled in him the emotion of service. He is a volunteer to this day. Whenever we need something to carry, we call him and he’s the first to arrive. Whenever there is a ride in the slums of Gurgaon, it is safe to volunteer.

Harteerath’s cherubic face during troubled times and solution-focused approach made him an instant hit among millennials. Cosmopolitan featured him in his hopeful number, City and Forbes the magazine listed him as one of 30 under 30, and recently, Grace recognized his work as the social impact of the year. But, says Harteerath, he was careful not to let the fame go to his head.

“The other day I was in Mumbai, and at one o’clock in the morning a person came up to me and said, ‘You are Harteerath from the Hemkunt Foundation, aren’t you?’ It was good. I feel overwhelmed with gratitude, but I know I’m just another guy doing seva. What I get in return is so much love from India and also from the NRIs, who are constantly texting me. I want everyone to know that seva akele nahin ki jaati (the service is not done alone.) It’s the whole Hemkunt Foundation team, our donors, our volunteers, etc. who have worked to make a difference. I hope the recognition that has come to me will inspire more people to take up a career in philanthropy and social work as they see that the world has begun to recognize people who do good for society.

We ask Harteerath what he would recommend to young people who want to contribute. “Whenever a young person, child or teenager, comes to see me, I tell them that seva starts at home,” explains Harteerath. “You don’t have to join any NGO, club or society. If you make four rotis for yourself, make two extra. Then, get out of your house and you will see at least 10 people who need it: the rickshaw-wow guy driving people in this heat or food delivery bhaiya… When a courier delivery partner comes to your house and you offer him a glass of cold water, that’s seva. Seva doesn’t mean you have to go to disaster areas, it starts at home! »