October 25, 2021Written by Catherine A. Rondeau
Leave a Comment 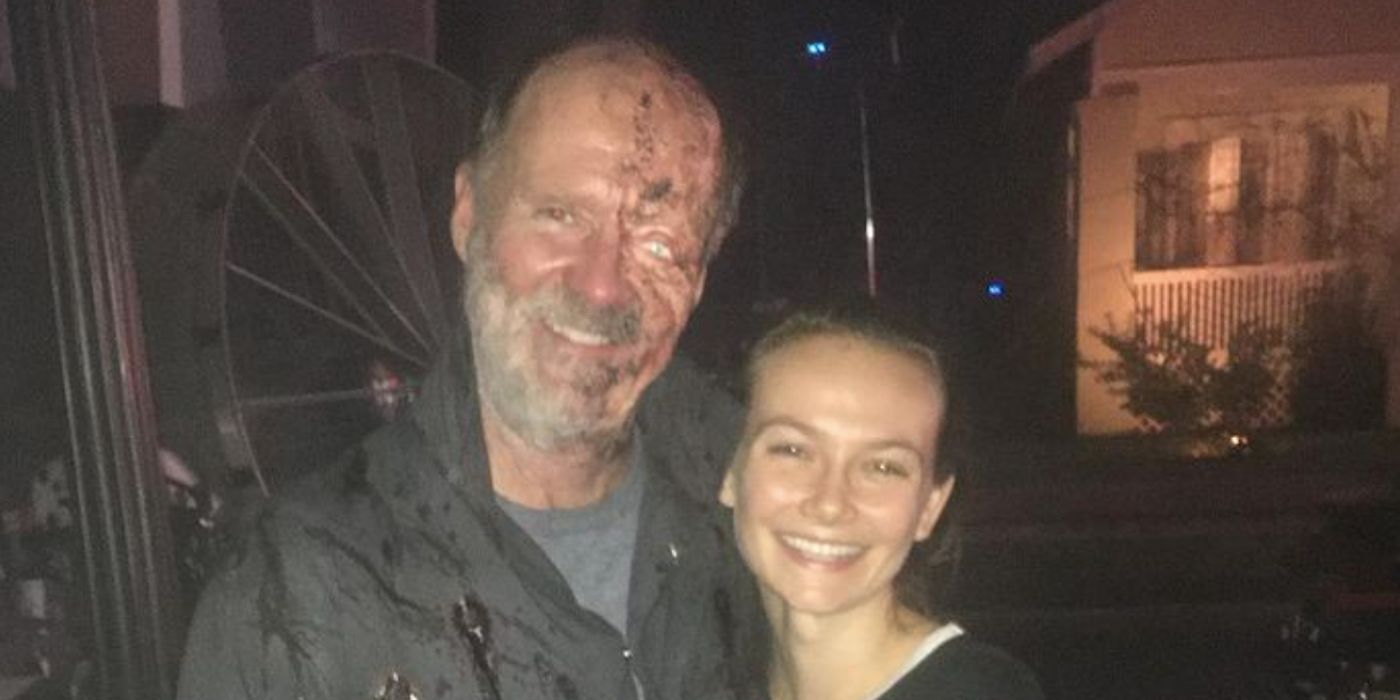 In the new trilogy, infamous serial killer Michael Myers is played by two people. They are credited as The Shape, which is the title given to Michael in costume. Original The Shape actor Nick Castle returned to play the role, but he is splitting his time with James Jude Courtney. Courtney is an experienced actor and stuntman who steps in for scenes that require more vigorous activity on Michael’s part (which are for the most part, considering the extremely high number of people Halloween kills).

Related: Halloween Kills Should Have Cut Its Funniest Scene (To Save Michael)

On his Instagram, James jude courtney posted a very nice behind-the-scenes image of the shoot. The photo, which is captioned “Me and my good friend @andimatichakshows the two hugging on set. It’s an incongruous photo, given that Courtney is in full Michael’s costume, including bloody hands and a half-burnt face, but it shows just how world gets along well during the filming of the film. below:

The duo will be part of the third and final entry of the trilogy, Halloween ends, which is set to hit theaters on October 14, 2022. It seems likely that Laurie, Michael, or both will perish before the film ends, but Allyson’s fate is still pending. What we know is that Halloween ends will take place after a time jump and address the impact of the COVID-19 pandemic on Haddonfield.

This Halloween kills the image is reminiscent of an old behind-the-scenes photo of Nick Castle himself on the set of the original Halloween, wearing the mask on top of his head and pretending to let him sip a can of soda. It seems that in order to play Michael Myers, it’s important to have a sense of humor. This probably ultimately helps create a safe filming environment, because when your job is to hunt actors with a giant butcher’s knife, it’s important to make sure they know you’re not. Actually a brutal and imposing killer.

Next: Halloween Kills Seems To Miss An Important Scene (Why It Matters)

Brennan (he / him) is a senior screenwriter at Screen Rant and a millennial who knows more about ’80s slasher movies than he has the right to. A former host of the Attack of the Queerwolf podcast, Brennan has been writing and podcasting pop culture (especially horror movies) for a decade. Brennan’s interests also include The Muppets, bubblegum pop from around the world, and reading (especially Jane Austen, Agatha Christie, Junji Ito’s manga, and magical realism novels). His favorite directors are Wes Craven and Pedro AlmodÃ³var.