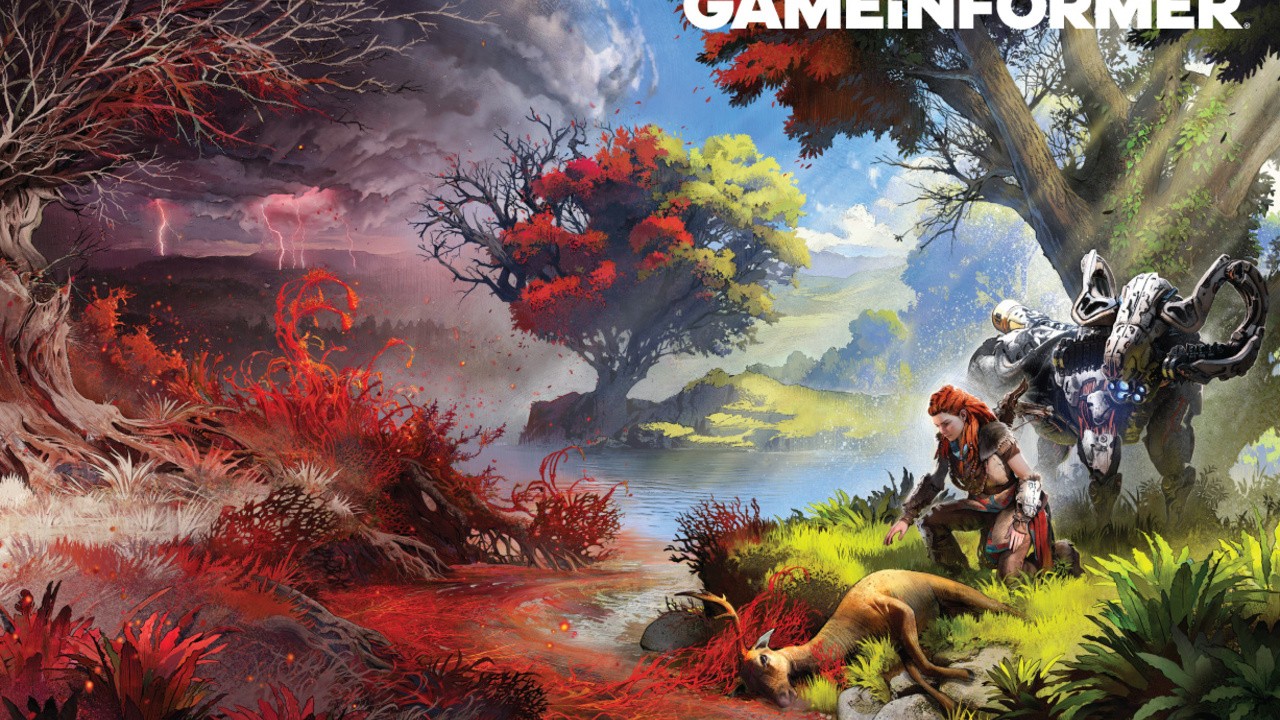 The media frenzy for Horizon Forbidden West has only just begun, have you noticed? Guerrilla recently launched a podcast, releases trailers at a relatively frequent rate, and we’re starting to learn little details, like the file size of the game. It’s perhaps no surprise that Sony has lined up a Game Informant cover story for the sequel, then, which is now being sent to subscribers.

This 12-page article – along with some tasty illustrations, incorporated above – includes reports from two hands-on demos: “A demo featured an area at the start of the game, offering a glimpse of towns and more detailed character models to players. alongside the new skill trees and workbench system. Our second demo took us much later in the game to see a boss fight in action against a fierce new foe: the Slitherfang. It’s the giant snake robot, for those of you who haven’t followed.

Game Informer however teases, “The new machines are only part of Aloy’s struggles this time around. Find out more about the extra pressures and puzzles that come her way, and how Guerrilla Games takes Aloy and Horizon Forbidden West’s gameplay to a new level.

Presumably we’ll get some new screenshots and footage from it, as the US post usually gets exclusive media to share. How is your hype for Horizon holding up at this point? Let us know in the comments section below.