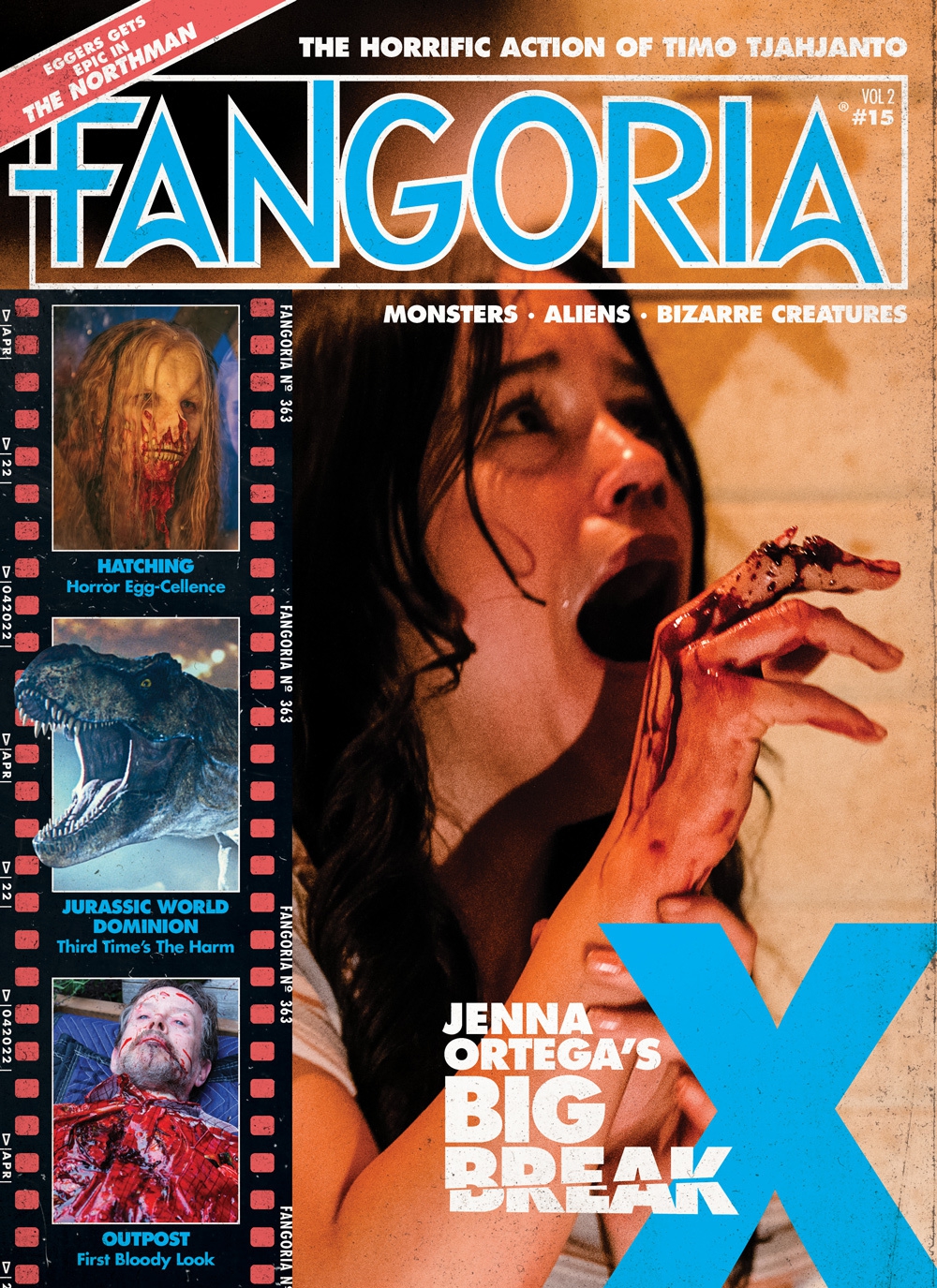 Our April 2022 subscriber coverage… revealed! Undoubtedly too GORE-geously grotesque for shelves, the latest Fango will celebrate Ti WestThe long-awaited return of horror in his new film A24 X. With a vintage-style Fango cover in honor of West’s last shock game in 1979 – the same year as FANGORIA it just so happens to have debuted. Our EIC Heralds Phil Nobile Jr. X as “a film that rejuvenates the slasher genre in exciting and totally unexpected ways”, and we know horror fans are sure to fall in love with West’s latest throwback too, when it hits theaters on the 18th. March.

For those of you who are equally excited for the release of X since we’re here at Fango, you’ll definitely want to check out Heather Wixson’s in-depth interview with West in Issue 15. During the conversation, West discusses his time away from making horror films and also offers all sorts of gory details about its twisted and tantalizing slasher, including working with a talented cast that includes characters like Fango cover girl. Jenna Ortega, Mia Goth, Scott Mescudi (Kid Cudi), Brittany Snow, Martin Henderson and Owen Campbell.

This is our subscriber-only coverage! If it doesn’t come to your mailbox, you won’t find it in the wild on store shelves.

If you want to get your hands on the exclusive subscription X coverage, subscribe before the subscription window closes on March 15, 2022. New subscribers can even save 25% off a one-year subscription when they redeem the code FANGO25X at the register. For more details on how to become a subscriber, click here.