October 19, 2022Written by Catherine A. Rondeau 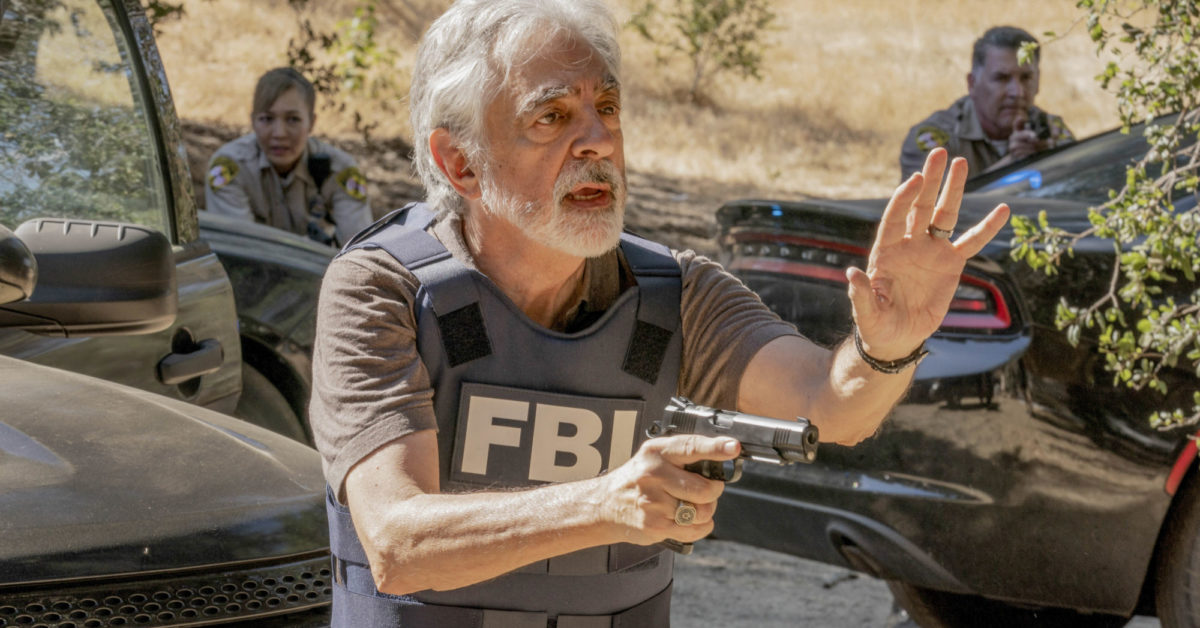 With only a little over a month until Paramount + Joe Mantegna, Adam Rodriguez, AJ Cook, Aisha Tyler, Paget Brewster, Kirsten Vangsnessand Zach Gilford– featuring Criminal Minds: Evolution returns for its 16th season after a little “hiatus”, we get an interesting visual update on how filming is going. Taking to Twitter, Mantegna shared a look at a production/shoot card confirming Tyler was directing. But it was the little doll-like hands that took us to the internet to figure out why it reminded us of someone. And then we were reminded Jennifer Hasty‘s Samantha Malcolm, a “collector” serial killer with a doll fixation who appeared in Season 5 Episode 12, “The Uncanny Valley.” Of course, chances are we’re way off the mark, so we’ll leave that up to you.

Now, here’s a look at some other previously released preview images for the first two episodes (S16E01 “Just Getting Started” and S16E02 “Sicarius”):

To help viewers keep up to date, the cast and showrunner, executive producer and writer Erica Messer sitting with EO for a pretty comprehensive look at what viewers can expect. Messer explains how some missing familiar faces like Spencer Reid (Matthew Gray Gubler), Derek Morgan (Shemar Moore), and Jason Gideon (Mandy Patinkin) will be discussed. But first, Mantegna and Brewster explain where David Rossi and Emily Prentiss are in their respective lives when the show returns (along with their three-word teaser on what fans can expect.

Rossi’s return will be ‘in strange circumstances’ – Mantegna: “We’re going to find out that Rossi arrived under strange circumstances… in the sense that it’s no secret that he was one of the guys who started the BAU with Gideon [Mandy Patinkin]. You’re going to find that out because of what’s happened over the last few years, and the fact that there’s been this time off and things have happened [and] changed – not just in the BAU, but with the world – that there was a drama. A bit of drama. It will show.” (“Glad. We’re. Back.”)

Emily feels pressure to ‘try to protect everyone in the BAU’ – Brewster: “[Emily is] trying to go toe to toe with the FBI Director to ensure the BAU has the resources it needs to operate effectively, but it is shut down again and again due to budget cuts. She is therefore in a very delicate position because she recognizes the help that the BAU needs, but how can she achieve this? And if she does, is she crossing a line with her job responsibilities? She feels the anxiety of not being there and tries to protect everyone in the BAU. So that’s kind of the question we start to unpack in the first two episodes: how is this going to play out? And who is this big bad serial killer? (“Buckle up, folks”? I’m trying to think. “Get the wheels on, folks”?)

Characters who were unable to return for revival will not be forgotten“So their offices will still have stuff on them. They haven’t left. Shemar’s character left when his son was born. He walked away from the FBI, so his office has been empty for a while. But Dr. Reed office still has all of his books on it and all of his stuff Almost that same time capsule that… I don’t know if any of you went back to the office, but it’s a weird experience because everything that was important to you in March 2020 is still sitting on this desk and must not have been so important because he is still sitting on this desk so we want that connection to still be with Dr Reed and Matt Simmons [Daniel Henney], who is also on another mission. It’s something you can’t really discuss. But if and when they return is up to them. It depends on their schedules. I can’t promise anything at this time. But that’s the hope.” – Messer