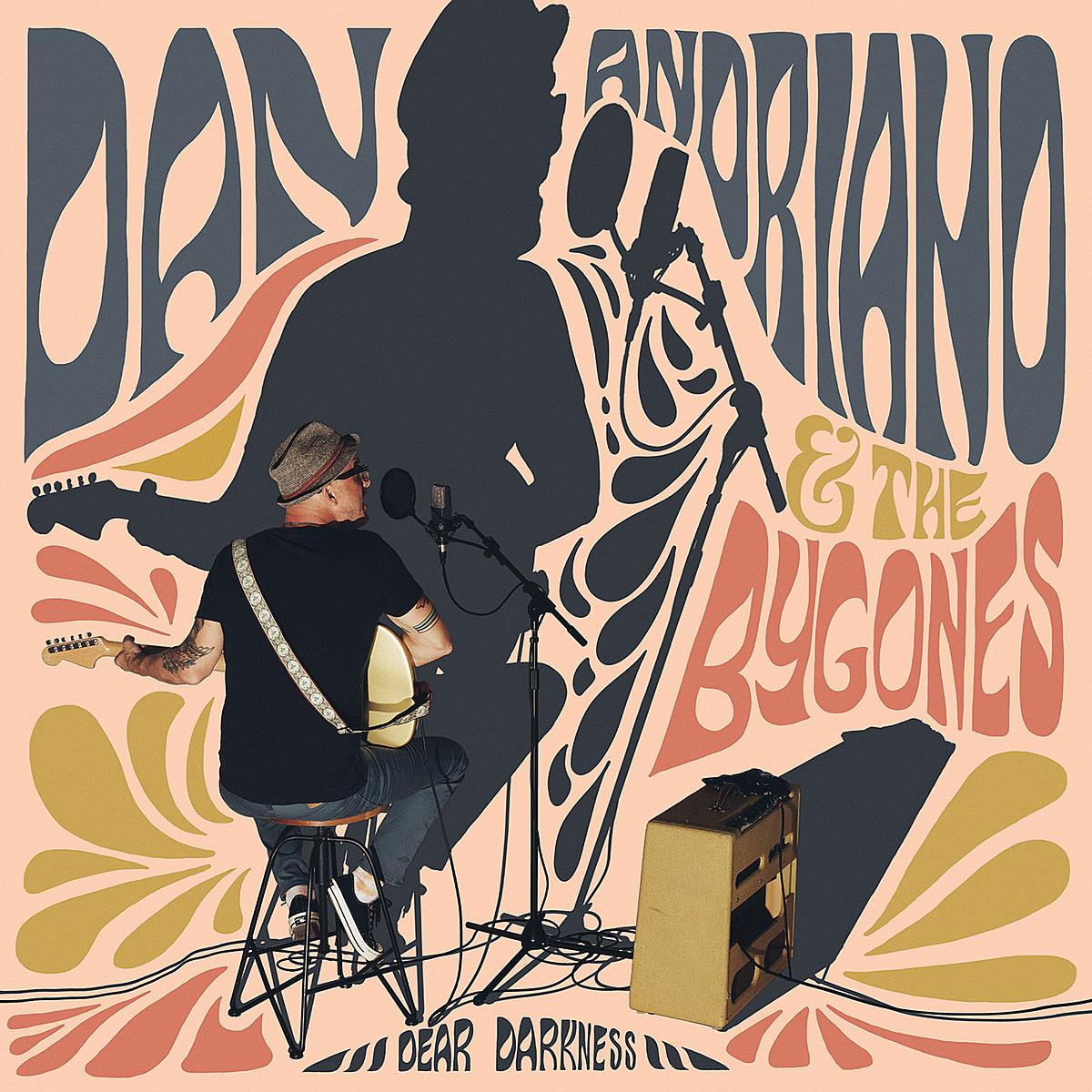 So many artists, so little time. Each week we review a handful of new albums (of all genres), collect even more new music we would call “indie” and talk about what metal comes out. We post music news, song premieres and more all day long. We are updating a weekly playlist some of our favorite tracks right now. Here’s a daily recap with a bunch of interesting, recently released songs in one place.

Les Dodos shared two more songs from their upcoming album Grizzly Woodpecker, and like the previous two singles, they find the percussive classic indie folk sound of The Dodos in great shape.

KYLIE MINOGUE AND YEARS & YEARS – “ONE SECOND AT MIDNIGHT”

Kylie Minogue releases a “Guest List Edition” from her album DISCO which features collaborations and remixes of Years and Years, Jessie Ware, Gloria Gaynor, Basement Jaxx, Dua Lipa, and more. The first single is “A Second to Midnight” which is the collaboration with Years and Years. Watch the video directed by Sophie Muller:

DEAN WAREHAM – “As much as it was worth it”

“The song is about the youth and loss of someone you loved,” Luna’s Dean Wareham says of the latest single from his upcoming solo album. I wrote it after reading an essay by Zadie Smith, on Joy and Suffering, but one line stuck with me, it’s something Julian Barnes told him about his wife’s death: “That hurts, as much as it was worth. “

“As a mid-century modern geezer, I realize that my notions of personal relationships were formed almost fifty years ago,” Billy Bragg says of his new single. “So is my politics. To hang on to that and imagine that you have nothing to learn from the younger generations, you risk becoming a dinosaur. Children have new priorities and new ideas. Thatcher is dead. The world is dead. I try to respond to the things I hear now, rather than reminding people of ‘the good old days.’ ”Billy’s new album, The Million Things That Never Happened, will be released later this month You can watch a live version in the studio and listen to the album version:

Tricky’s new collaborative album under the name Lonely Guest will be released on October 22, and here’s another track. “Move Me” features one of her current regular vocal collaborators, Marta, and lends a little rock edge to Tricky’s trip-hop style.

Naomi Alligator (aka Corrinne James, who produced music videos for Slow Pulp and Emily Yacina) will release on Concession stand girl EP on October 29 via Carpark, and the new single “Anywhere Else” is a nice dose of warm and timeless folk music.

Proto-metal legends Deep Purple release cover album, Turning to crime, Nov. 26 via earMUSIC, and the first single is a cover of Love’s 1966 garage rock classic “7 and 7 Is”, a song that likely inspired Deep Purple during their early psychedelic years.

Alkaline Trio co-frontman Dan Andriano has announced the debut album of his new band The Bygones (featuring members of Get Married), Dear Darkness, due February 11 via Epitaph. It features recent singles “Sea Level” and “The Excess”, as well as the just-released title track, which finds Dan applying his unique vocals to a pop jangle tinged with Americana.

Queens rapper Grafh is releasing a new album produced entirely by the late DJ Shay, Stop calling for artistic content, October 15 via Benny the Butcher’s Black Soprano Family label. Benny is on the album, along with Bun B, Styles P, Elcamino, Rick Hyde, Heem, CyHi The Prynce, 3D Na’Tee, Sheek Louch and Ransom, the last two of which are on this new song. It’s as weird and gritty as you’d expect hearing these three to a DJ Shay beat.

SLOPPY JANE – “JESUS ​​AND THE SOIL OF YOUR LIVING ROOM”

Sloppy Jane’s new album Madison will be released on November 5th via Phoebe Bridgers’ Saddest Factory label, and the latest single is “Jesus And Your Living Room Floor”, a beautiful piano ballad. “It’s mostly loneliness,” says Haley Dahl. “It’s a fantasy to become bigger in death – someone more interesting than I’ve ever been, more loved than I’ve ever been. It’s also about loving someone so much. ‘one that everything he touches becomes God; a photograph, a plastic horse, the floor their living room. It’s pretty toxic, honestly! But that’s the best part of songwriting, it’s like building a cute little house on her own so that she stops living in mine. “

Gender-defying artist Ben LaMar Gay shared another track from his upcoming album Open your arms to open up to us, and it’s an ethereal, eccentric taste of LP.

Pennsylvania rapper Beanz follows her recent single “As Seen On TV” with Benny the Butcher with “Pink Drink” and announces her new album, The tables are turning, due November 5 via AWAL. It is reminiscent of the rap era of the mid-90s, right down to the stripes of the turntable.

Lala Lala’s new album I want the door to open was released on Friday 10/8 via Hardly Art, and the latest single is the vocoder-packed “Utopia Planet”, which Lillie West says “was born because my friend Kara Jackson and I challenged each other to write a song about “Utopia.” I tried to imagine a great expanse, an abundance, an open door. It’s an invitation to surrender. I used a recording of my grandmother to take you further in another world.

TROUPÉE DE DIMES – “THROUGH ME”

Jenn Wasner released this lush new Flock of Dimes track via the Adult Swim Singles series. “’Through Me’ is all about losing sight of yourself in an attempt to find someone else,” Wasner explains, “distorting your perception of reality until you don’t know how to find your way back to what is. real.”

“This song was inspired by a fictional story I made up in my dreams about my mother being Stacy’s mother,” Lily Konigsberg from Palberta said of “Proud Home”. “This is a song dedicated to Adam Schlesinger from Fountains of Wayne, who died of Covid at the very start of the pandemic. I have always loved ‘Stacy’s Mom’ so much and after his death I realized he had written a ton of songs that I really love. Appreciation for a pop nigger. ” Lily, we have to talk now will be released on October 29 via Wharf Cat.

CURTIS HARDING – “WITH YOU” FT SASAMI

Curtis Harding will be back next month with If the words were flowers and he just shared that groovy, passed out song with SASAMI.

The group NJ screamo Burial Dance (ex-members of Au Revoir, The Saddest Landscape, Capacities and A Film In Color) are releasing this new five-song EP on Friday via Moment of Collapse Records, and they premiered it via Idioteq. If you like previous member bands, or classic 90s / 00s screamo in general, don’t fall asleep on this.

Eartheater’s new single, “Scripture,” previously sounded the soundtrack for Proenza Schouler’s New York Fashion Week show in September, and now she’s releasing it through her label Chemical X. She says Paper that she wrote the song “when I was just finishing Phoenix and just after the exit Trinity, so it was like a very lucid and lubricated deposit for a very prolific and electric time. It was like I had just overcome some sort of huge mountain in my life that I had climbed for years. I felt very validated and rewarded for trusting my stars after following my heart, for years, on an unorthodox and uncertain path. “

Jarvis & Laetitia’s cover of the 1973 single “Paroles Paroles” by Dalida & Alain Delon is taken from the backing album of Wes Anderson’s. The French dispatch it’s October 22.

Los Bitchos, a London-based instrumental quartet, are releasing their debut album, produced by Franz Ferdinand’s Alex Kapranos, in February via City Slang. This is the first single.

Hand Habits will release their new Fun House album on October 22, and here’s one last taste before it all falls. “Clean Air” is a gripping rock ballad with Dave Hartley of The War on Drugs on bass.

ANAÏS MITCHELL – “GRACE CATHEDRAL HILL” (THE COVER OF THE DECEMBERISTS)

Electronic musician Bonobo has announced a new album, Fragment, due 1/14 via Ninja Tune, and you can read more about the first single “Rosewood” here.

SeeYouSpaceCowboy shared Underoath’s Aaron Gillespie collaboration on their awaited new LP The novel of affliction (get it in limited splash vinyl), and you can read more about it here.

Big Thief has shared their fourth new song of 2021, ahead of their 20-song double album slated for 2022. Read more about it here.