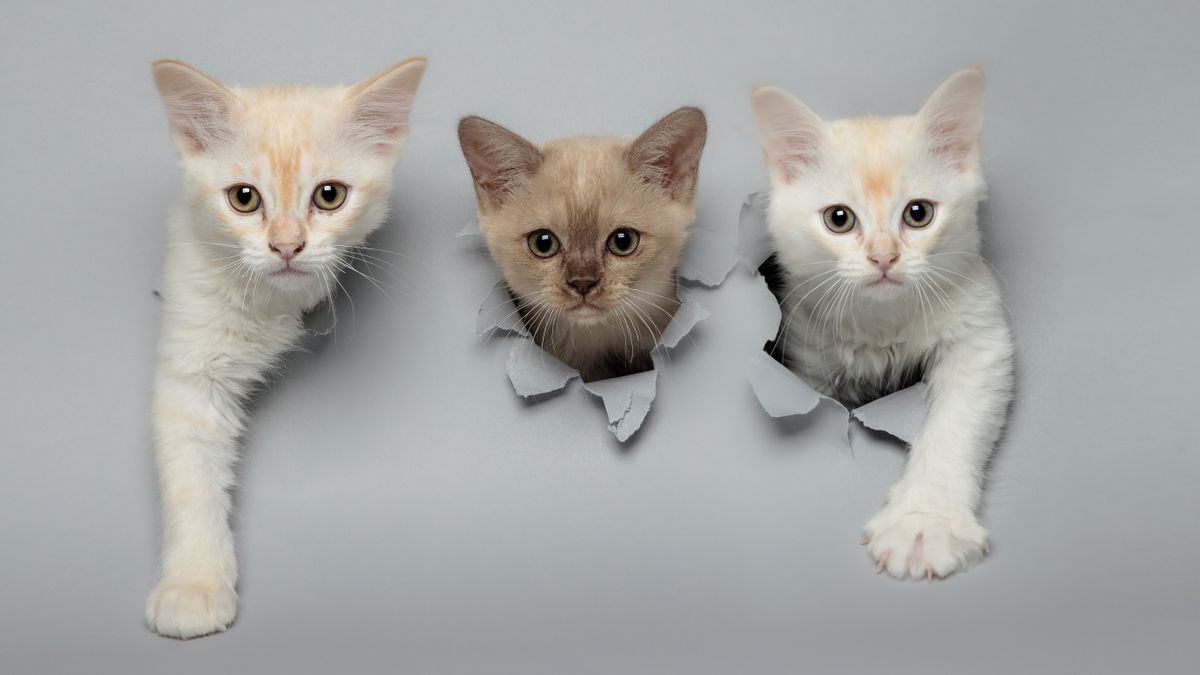 The Scottish team of portrait photographers Grahame and Allison Smith (who make up GWS Photography (opens in a new tab)) have just received the Scottish Pet Photographer of the Year award from the Master Photographers Association. They won with this stunning photo of three cats rummaging through a roll of paper.

At first you might think this “paper poke” photo was done with a little Photoshop magic, but winner Grahame assured us it was all done behind closed doors. “There’s no trickery or tampering… we’re basically making a hole in a roll of paper,” he explains. It makes sense, but how did the idea come about?

“We always get to the last 4 or 5 feet of the big rolls of paper in the studio, and then one day we thought… ‘let’s not waste this!’ It’s really as simple as my wife Allison is behind the paper and prompts them to start looking through the hole we made and then I’ll be with a treat or toy in my left hand as I lay on the floor… seduce the pet and capture it running towards the front. For multiple pet photos, like this award-winning cat, the two owners each have one cat and Allison the third. It works well with humans too!”

GWS Photography works with clients across Scotland, UK and is a multi-award winning wedding and portrait photography provider. He recently opened a new studio in Wheatrig, Scotland in February 2022.

“Our pet photography has always been a big part of the studio’s work,” says Grahame, “and we’re always looking for something different to do. We even took a canine first aid course recently. It’s at how seriously we take it.

Grahame and Allison expanded the GWS team in February by adding an in-studio baby photographer, and according to them, photos of bumps, babies and cakes are already proving popular.

Learn more about GWS Photography and its work (opens in a new tab).