September 25, 2022Written by Catherine A. Rondeau 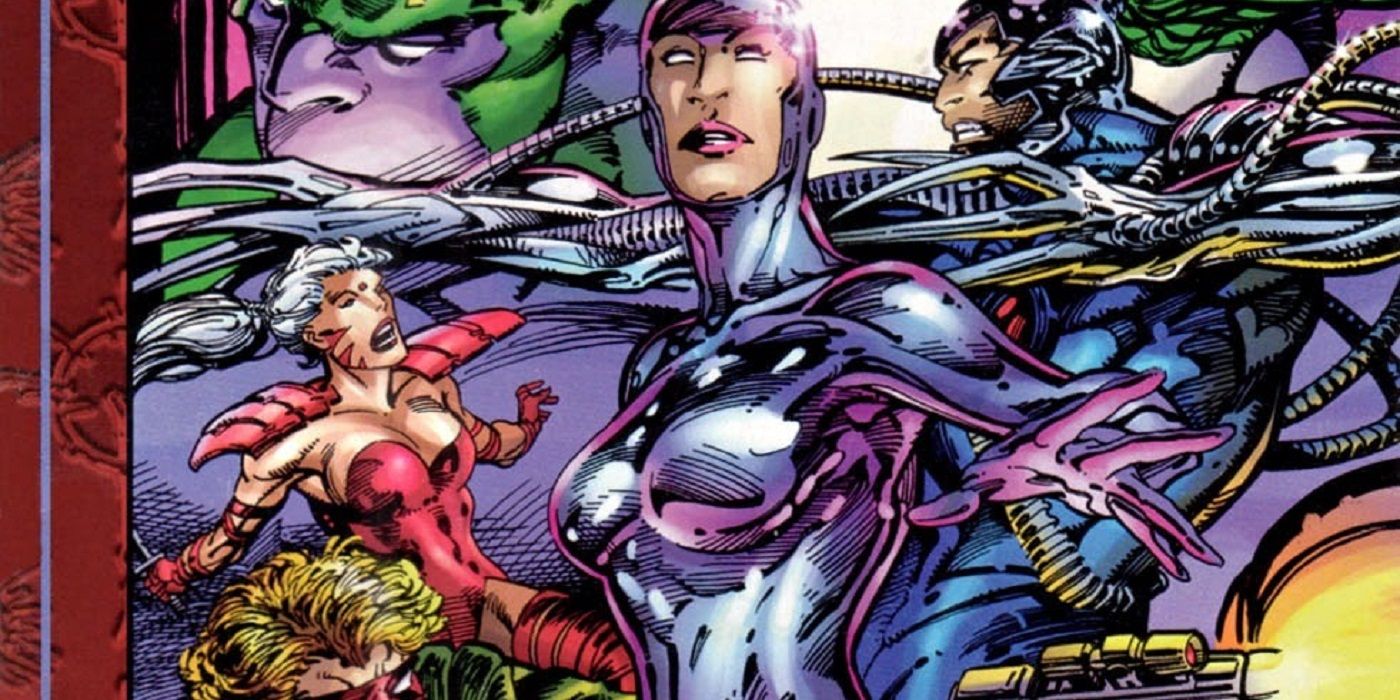 In the latest Legends Revealed comic, see how Barry Windsor-Smith simply decided to just rewrite a Wildstorm comic while he was drawing it

Welcome to Comic Book Legends Revealed! This is the eight hundred and fifty-eighth episode where we examine three comic book legends and determine if they are true or false. As usual, there will be three posts, one for each of the three captions. Click here for the first caption of this all-BWS episode. Click here for the second legend.

Barry Windsor-Smith rewrote wild storm #1 for Image Comics as he drew it.

In this episode’s first caption, on Barry Windsor-Smith’s origins behind directing Weapon Xa clear undercurrent in Windsor-Smith’s desire to make Weapon X was his general disinterest in working in the period of superhero comics, as he just didn’t find the characters that interesting. He was attracted to Wolverine, in part because he was NOT like the others. As he noted, “Wolverine, or the character Logan, has more appeal to me than Captain America or something like that. I can relate to that character better than some of the other characters in the Marvel Universe. He has those stupid spikes sticking out of his hands, but he doesn’t fly. And he’s got a little more character than the usual superhero type.

With such an attitude, it was a bit surprising, therefore, to see Windsor-Smith draw wild storm #1 in 1995 (written by James Robinson, inks by Alex Bialy and John Floyd)…

If Captain America was too much for you, how could WildC.ATS and Stormwatch appeal to you?

It turned out that Windsor-Smith had an interesting mercenary interest in comics, as he explained to Gary Groth in a 1996 cartoon diary interview:

When I was doing this wild storm thing about a year and a half ago – my one and only foray into the image – I… Well, to begin with, I never should have done it, and I wish I hadn’t . But I was told about it and I kind of got caught up in it, and it had to do with – oh man, it’s almost like a nightmare, I can only remember distantly at this point – I was going through this unfortunate story where I couldn’t figure out what someone’s motives were. I was looking for a pattern. It didn’t occur to me, I tried reading some of the previous books and still couldn’t find anyone’s particular characteristics — except that one guy was really tall, or something. And then I had to draw these characters, these supposed characters.

RELATED: How Much Did Weapon X Become a Graphic Novel Instead?

The story was a general hero vs. hero tale, with Stormwatch being led to believe that the WildC.ATS were responsible for the death of Battalion, Stormwatch’s field leader (Battalion was found to have faked his death, but this is not would not be revealed for a while)…

Windsor-Smith is so good the comic always looks amazing, even if it does seem a bit strange to see him drawing these modern superheroes…

However, it turns out that Windsor-Smith had an unusual solution to getting into the story.

Groth asked him about his involvement in writing the issue:

GROTH: I guess you didn’t write this.

WINDSOR SMITH: No, no, he noticed. He was a little miffed, so I heard from a third party. But I thought, “I’m just trying to improve the bleeding product, to cry out loud.” [Groth laughs.] But anyway, I made a real false start on it. I put three pages or something into it, trying every trick in the book to motivate myself to do something like that. And it just wasn’t working. I was in a deep depression about the story and I was like, “Oh my God, this is the first time in my life that I’m going to completely fail something.” After intense reflection, I understood what I was doing wrong: I was looking for characters! I know this sounds really flippant like I’m trying to make a fun line. But I really am not. That was my problem: I was looking for a characterization, and there was none. “There is no characterization! That’s what you’re doing wrong here, Barry! These are all numbers!

In his brilliant oral history of Wildstorm, Wild Times: An Oral History of Wildstorm Studios, Joseph Hedges interviewed James Robinson about the incident and…yes, Windsor-Smith was right that he wasn’t happy. Robinson recalled: “Honestly, I’m not funny. I’m not vague, it’s been so long that I can’t remember too much. I remember being disappointed with how – it sounds very mean, but I’m just gonna be honest, the only thing I remember is Barry Smith, who they had to do one of the stories, just, personally, I felt like he really didn’t care, that he was just doing it for the paycheck, and at some point he decided to do [WildC.A.T.S character] Huge void, like a giant, and it wasn’t in the script, he just made her a giant and then, unlike ‘well, you can’t do that’, no one could say to her, ‘ You can’t do that” so I just had to write around it, but at the time I remember thinking how unprofessional it was and how arrogant it was. I mean it’s Barry Smith so I guess he can be arrogant, but I was a little disappointed in him, I’m not going to lie. It would be like someone doing The Fantastic Four and out of nowhere when you turn the page and the Thing has huge butterfly wings and flaps around it, and you’re like, ‘What is this? What’s going on?’ Obviously an artist would redraw this, but when it’s someone like Barry Smith, everyone was so excited for him to be on the book, and me too, to work with him. It left a bitter taste in my mouth, but overall I can still say I worked with Barry Smith, and that’s a nice feather in my hat.”

Here is the Void scene in question…

Pretty funny stuff. Thanks to Barry Windsor-Smith, James Robinson, Gary Groth and Joseph Hedges for an interesting case of hearing both sides of the same basic story, where there’s no conflict over facts, really, just perspective different on the act itself.

In the latest film, Legends Revealed – Find out about the Star Trek actor who accidentally negotiated his way out of credit for Star Trek II: The Wrath of Khan.

OK, that’s it for this episode!

Thanks to Brandon Hanvey for the Comic Book Legends Revealed logo, which I actually don’t even have anymore, but I used it for years and you still see it when you see my old columns, so that’s fair enough to thank him again, I think.

Feel free to (hell, please!) write in with your suggestions for future installments! My email address is cronb01@aol.com. And my Twitter feed is http://twitter.com/brian_cronin, so you can also ask me for captions there! Also, if you have any correction or comment, feel free to email me as well. CBR sometimes emails me with emails they receive about CBLR and that’s fair enough, but the fastest way to get a fix is ​​to just email me directly, honestly. Corrections don’t bother me. Always better to get things accurate!

This is my most recent book, 100 Things X-Men Fans Should Know And Do Before They Diefrom Triumph Books.

If you want to order a copy, ordering it here gives me a referral fee.

This is my second book, Why does Batman wear shark repellent? The cover is by Kevin Hopgood (the man who designed the War Machine armor).

If you want to order a copy, ordering it here gives me a referral fee.

This is my comic book captions (130 captions. — half of them are reworked classic captions that I featured on the blog and the other half are captions never published on the blog!).

The cover is by artist Mickey Duzyj. He did a great job on it…

See you next time!!