Bezos tweets photo of himself eating McDonald’s: ‘My first job’ 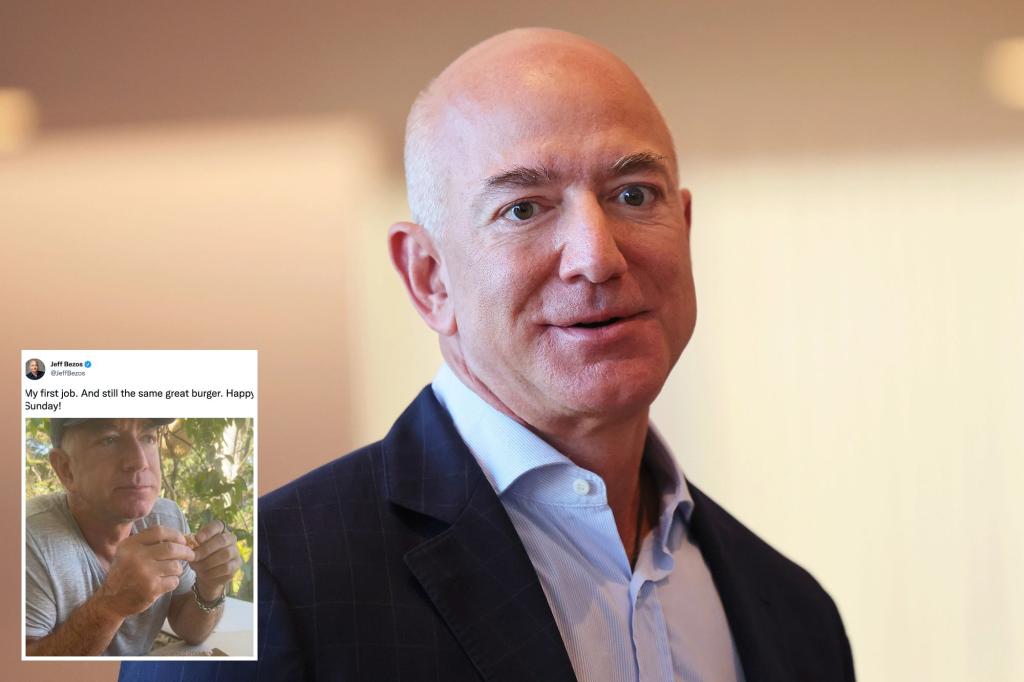 Bezos, 58, shared a photo of himself eating a McDonald’s burger and fries. The Amazon founder worked flipping burgers at the fast-food giant when he was a high school student.

Bezos ranks among the richest individuals in the world, with an estimated fortune of $153.8 billion, according to Forbes. He stepped down as CEO of Amazon in 2021, but is still the company’s executive chairman.

“I was a cook. They wouldn’t let me near customers,” Bezos joked. “That was my teenage acne stage. They were like, ‘Hmm, why don’t you work out the back?’

“One of the great gifts I got from this job is that I can crack eggs with one hand,” Bezos added. “My favorite shift was Saturday morning. The first thing I would do is take a large bowl and crack 300 eggs into it.

“One of the things that’s really fun about working at McDonald’s is being really quick through it all,” he continued. “See how many eggs you can crack over a period of time and not put a shell in them.”

In 1999, Wired reported that Bezos had his “first taste for retail” while working at the Golden Arches. He studied the company’s “automation improvements” that allowed for lightning-fast service in the kitchen.

Bezos isn’t the only billionaire with an affinity with McDonald’s. Warren Buffett described eat McDonald’s for breakfast on his daily commute to his office at Berkshire Hathaway.