January 26, 2022Written by Catherine A. Rondeau 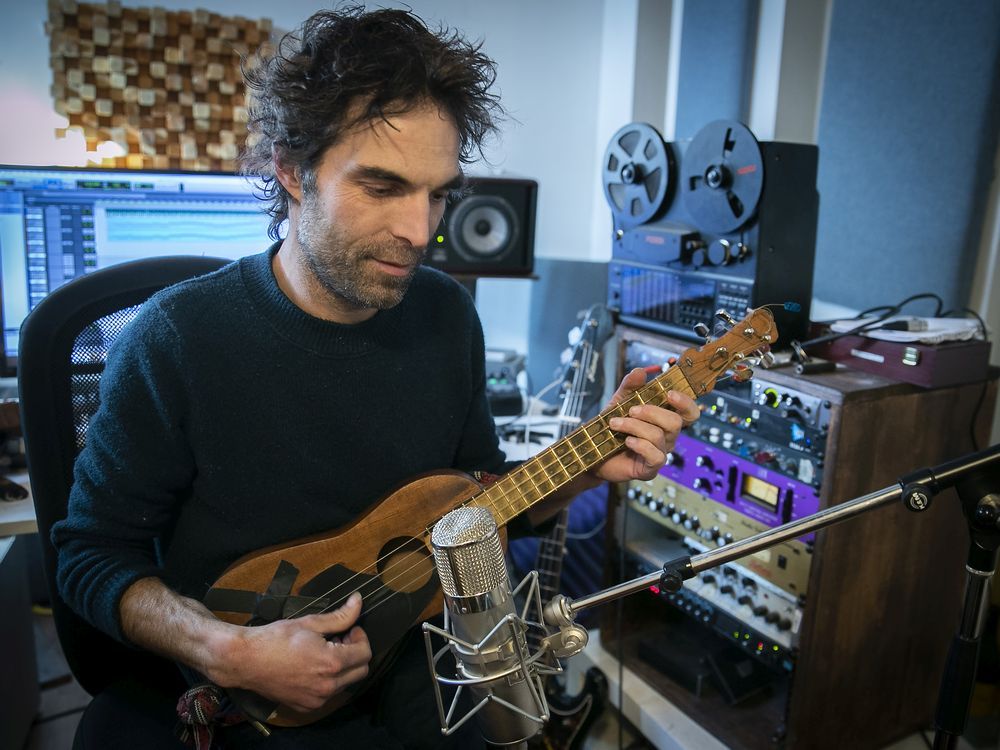 Postmedia may earn an affiliate commission on purchases made through our links on this page.

Barr Brothers frontman Brad Barr has long accepted that some things in life are beyond his control, and the best parts can often emerge from chance. But in the case of his second solo album, The Winter Mission, he nearly missed that unexpected call from the universe.

“I’m terrible about verifying messages,” Barr said. “I let them build up and then it gets worse. I don’t want to open my inbox because I know there are about 4,000 messages waiting for me.

Luckily for him, at the start of the pandemic – when it became clear that his life as a touring musician was about to be turned upside down – he followed up on a two-week-old email that intrigued him.

It was a message from someone he had never met – Michael Wolk, artistic director of the All for One Theater in New York – but the correspondence would change throughout his year. Wolk was a fan of Barr’s first unannounced solo instrumental release, 2008’s The Fall Apartment, which preceded his work with the Barr Brothers, and was in a financial position to commission a sequel.

“I thought to myself: what is the problem? Barr said. “But there was none. He said I was free to explore whatever music I wanted to make.

With gigs scrapped in 2020, Barr relished the opportunity.

In many ways, Barr couldn’t be more different from his younger self on The Fall Apartment. At the time he wrote this album, he had just recovered from a breakup and had followed his brother and bandmate Andrew Barr to Montreal from the United States. While the seasonal pun and guitar experimentation lives on 14 years later in The Winter Mission, today he heads to his longtime Park Avenue studio to work and record after driving his child at school.

But he draws some similarities as to how the big musical projects of his career came about. Again, in Barr’s estimation, the world works in mysterious ways.

“With Barr Brothers, the whole motivation for the creation of this group is that we had met this harpist, Sarah Pagé, in 2006. We said to ourselves that we could really do something with a harp. We were researching how to amplify it using fuzz pedals, and it really galvanized us to create.

Although Barr was not given specific guidelines for The Winter Mission, he wanted to respect the theater’s raison d’être of presenting only solo shows. Besides going solo on the album, Barr doesn’t sing and avoided bending the rules by not resorting to any overdubs that could give the appearance of a full lineup.

“Beyond the way I chose to build the guitar and the reverb I used, there were no synthesizers or dual versions of me. Every song can be played by one person Barr said, “I got really weird and had fun playing with feedback, weird angular electronics and cheap old pedals that do surprising things.”

Still a lexicon of string instruments from around the world, Barr also plays the requinto – a cross between a guitar and a ukulele popular in Spanish-speaking countries – on the album.

As he began experimenting for the project, The Winter Mission became an opportunity for Barr to give back to the karmic forces that guided him.

As a teenager experimenting with psychedelics for the first time among friends — a group that remains largely intact, he says — Barr said the number 216 became entangled in their shared mythology. The number comes up often for those looking for it, from 216 stitches on a baseball in the name of God in Darren Aronofsky’s film Pi, and although Wolk hasn’t outright told Barr to pursue a narrative of an album, their conversations pushed Barr in that direction.

He’s not necessarily a spiritual guy, but “this mystical relationship I have with this number keeps me engaged with the mysteries of the universe.” It’s there to remind me that there’s something going on that I’ll never fully understand, and that’s pretty cool.

We apologize, but this video failed to load.

It’s almost reassuring, amid the current uncertainty surrounding musicians, to know that it’s not in his hands.

“I’m counting on it, in a way,” he said, adding that the band is always up for hire for sheet music or any sort of interesting project.

Barr feels the time shift since the Barr Brothers’ last album, Queens of the Breakers in 2017.

“This October will have lasted five years,” he observed. Barr said there were about 20 demos to go through, but the bones for a future release exist.

“I guess I’m trying to figure out what’s taking so long,” he said. “We always thought about the type of live show we wanted to create, and that was always a measuring stick for record keeping.

“And right now it’s a really big question: what kind of show do we want to do when we come back? Instead of bigger shows, maybe we want to do smaller ones. How does that influence the kind of music we want to make?

“It could just be an excuse for me to be a procrastinator. I have a hard time finishing things. That’s another thing: I never really force, I try to let things go.

Sign up to receive daily news from the Montreal Gazette, a division of Postmedia Network Inc.

Thank you for your registration!

A welcome email is on its way. If you don’t see it, please check your spam folder.

The next issue of Montreal Gazette Headline News will soon be in your inbox.

We encountered a problem during your registration. Try Again