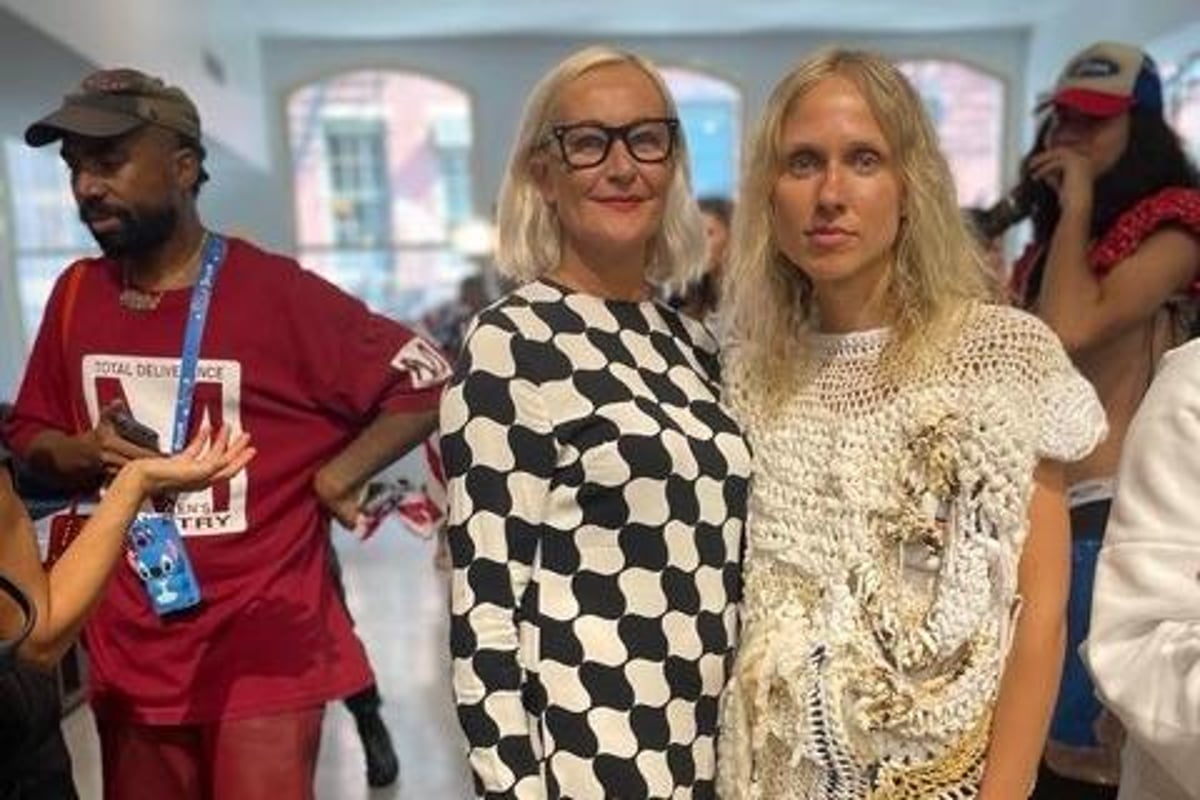 Julie Croquitt (Shankley) is a textile artist who produces large-scale graffiti and urban-inspired crochet pieces from her home studio in St. Andrews.

A post via social media site Instagram sparked a journey that would see her pieces featured in Vogue magazine.

She said: “A fashion designer in New York called Anthony Hendrickson contacted me via Instagram saying he liked my textile works.

Julie with one of the knitted mannequins

“He asked me if I would be able to produce something like a body sculpture, similar to my artwork.

From there, Julie said the two collaborated virtually to produce two pieces of knitwear for Hendrickson’s collection.

Queen’s funeral: “The pain of grief may be the price we pay for love” – ​​column

She said: “We had Zoom calls and he gave me kind of a spec of what he was looking for, not mainstream sewing crochet and I just put a few things together and sent them to him.

“He loved them and used them on his show at New York Fashion Week.”

Although she said she didn’t know what to expect when she arrived in New York, according to Julie “it was just as you see it on TV.”

“Everyone was so kind and encouraging and thrilled that I was there.”

Within hours, Julie’s two outfits, described by the magazine as remarkable, were selected from 51 pieces in Hendrickson’s collection to appear on the front page of Vogue’s fashion page.

The show’s publicity and its use of sustainable materials have already opened up more opportunities for Julie.

She explained, “Because all the yarns I use are all sustainable, hand spun and all custom made for me in India by women’s cooperatives, this woman who is in this world of sustainable fashion asked me if I could produce something as soon as possible because she has a meeting with the United Nations climate people, to talk about the sustainability of fashion”.

Although she returned from New York on Monday and battled jet lag, Julie says she “crooked like crazy” to produce the garment for delivery by Wednesday.