December 9, 2021Written by Catherine A. Rondeau 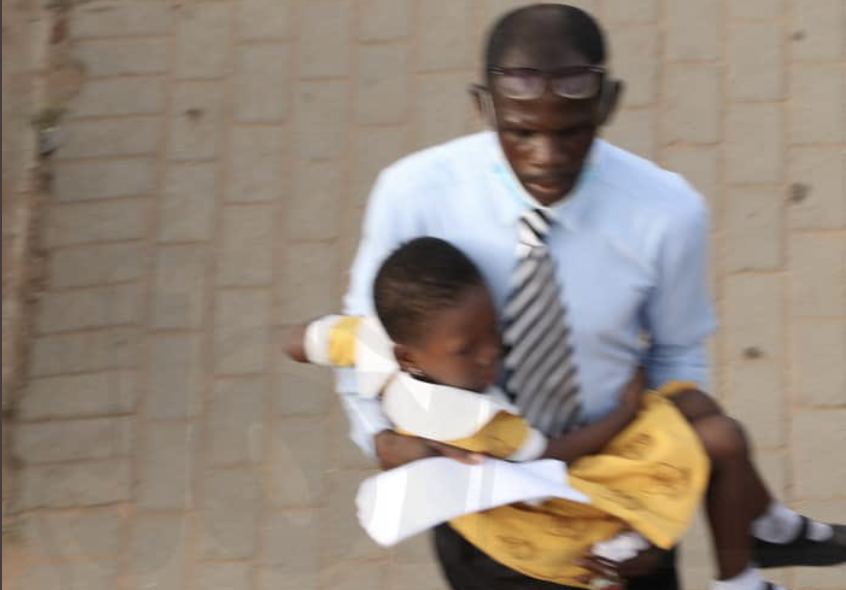 “A picture says a thousand words.” In this case, the saying could not ring truer. Earlier this month, on December 6, a photo of a man carrying his young daughter to school went viral.

He dressed smartly for work and she, neat as a pin in the school uniform, was caught in the hustle and bustle of what is a very real morning for many every day.

Even more constrained by the Ghana Public Road Transport Union (GPRTU) strike in Accra, this proud pop has picked up his little one and has literally taken matters into their own hands.

The snap caught on to the Twitter feed of popular media journalist Kenneth Awotwe Darko’s news feed. Show the power of social media used in a positive way.

@TheKennethDark called on his supporters for help. The response was “record Twitter” and today this father and daughter were fortunate enough to have their own car, thanks to a generous “group”.

Darko tweeted again, asking the digital worm to help locate the gentleman to share the news. A few hours later, he was found!

“Do you all remember that man who became the poster for the drivers’ protest yesterday as he took his little girl to school?”
Well, today a group wants to buy him a CARðŸš—.
Thanks RT for helping us locate it. ?? pic.twitter.com/CXauk8hyUQ

The story sparked a fire of generosity, with many wanting to do even more for the family. One Twitter user even sponsored socks for the little girl for an entire year. Come on, @Dominic_Yeboah_!

What a beautiful reminder to count our blessings as we continue into the holiday season. Whether it’s food in your tummy or a lift to work out every day, always be grateful for the little things. And when you can, play your blessings forward.