A picture of motherhood – Southern Standard 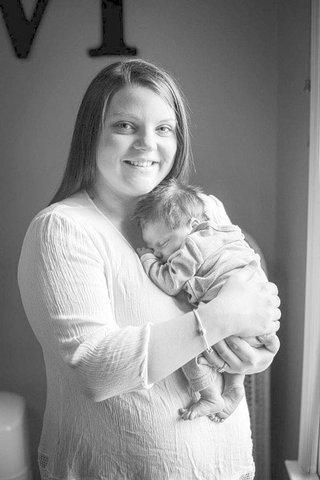 Mother’s Day is about more than flowers and gifts. It’s about appreciating all that comes with motherhood and the hard work that raising children entails.

The Southern Standard hosted an online Mommy & Me photo contest to help ring in the globally watched celebration, giving members of the community a chance to submit and vote on mom photos.

For this year’s Mommy & Me photo contest winner Salem Fulton, it’s a day that fills her to the brim with equal parts happiness and admiration.

“We tried for over a year to get pregnant and it was constant doctor and specialist appointments. We thought I couldn’t get pregnant,” Fulton explained. “There have been many prayers and tears. Then I had Levi, and even though he’s 3 now, I still can’t believe sometimes that I’m a mom. Sometimes I think ‘Is this real? Am I really a mom now?’ Sometimes it just doesn’t seem possible.

Salem explained that Levi was a blessing to her from God, a precious gift that came at a time when she needed it most.

“When Levi was 2 months old, my dad passed away,” Fulton said. “I believe everything happens for a reason and everything is in God’s timing, and that’s why I had Levi when I did it. I’m so grateful that he got to meet Levi before he died, and that I had a reason to live on.

Salem lit up when talking about the joy Levi brings to her life, citing her job as a mother not only as a challenge, but also as the most fulfilling part of her life.

“I love to see him smile and be happy, I can see God working through him. He loves his grandparents, great-grandparents and aunts so much,” Fulton said. “He is so wise and has such good manners, especially for a 3 year old. He prays every night, sometimes for little things. He even joined his little hands and prayed that we won this photo contest.

Levi’s prayers have been answered, as the mother-son duo will be celebrating this year’s Mother’s Day with prizes awarded to them for winning the mommy and me photo contest, including gift cards from local businesses. The Southern Standard frequently hosts online contests, so stay tuned for future community promotions.