A new image of Starfield has leaked 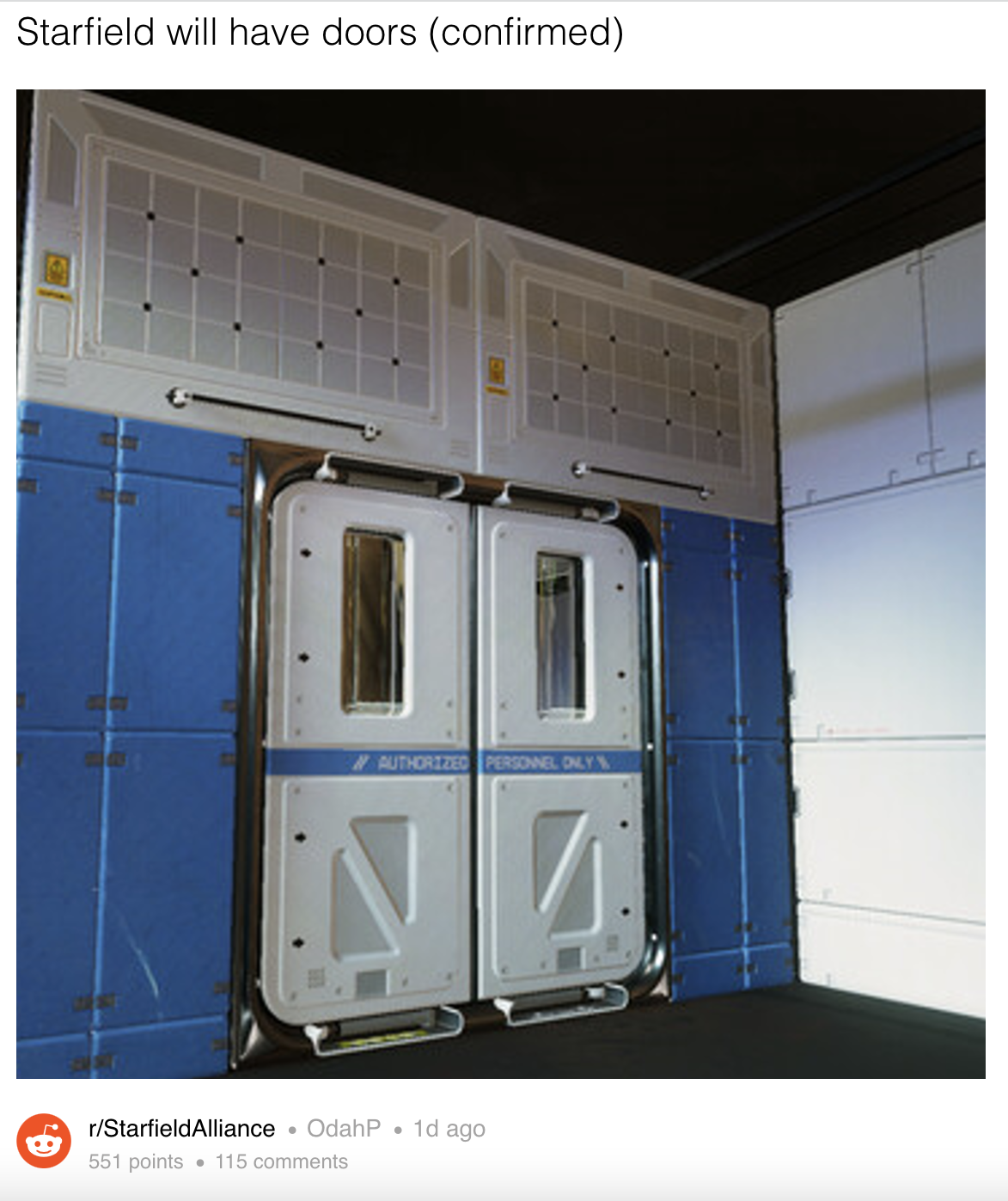 We barely digested the sad news of Starfield’s delay before a new image leaked onto the internet, reminding us that one of the most long-awaited games is currently in the works. This isn’t the first time footage of Bethesda’s upcoming sci-fi role-playing game has leaked, and likely won’t be the last. More recently, there were five fairly detailed concept images that showed a bit of what we can expect once the game is released. This time around, however, it’s not as overwhelming, it’s a few doors down.

There is also no context to the image. Where are the doors, why are they there and, above all, what is behind them? Bethesda also hasn’t confirmed that these doors belong to Starfield, but on the other hand, if someone were to make up a leak, they could choose something more exciting than a few doors, one might think.

And a leaked image is still a leaked image, so it’s clear that fans took pictures and commented freely. Lots of door jokes, as expected but also some interesting questions. More specifically, “can you open the door?” Although Starfield is an open world, we know from experience that doesn’t mean everything can be interacted with. Next month is Xbox’s annual event and Bethesda and Microsoft and the developer have hinted that there will be Starfield elements on display and most indications are that it will be gameplay that will be showcased. It might show some doors that can be opened. Or not. Or maybe no doors at all. We will just have to see.